Imagine yourself as a student or teacher and the principal walks in and says one of your classmates or students has committed suicide. What are the feelings that hit you? Does your stomach drop? Does it feel like there isn’t enough air in the room? Suicide is the second leading cause of death for young adults ages 15 to 24. As a teen, I do not want to get a traumatizing announcement like this and no teen or parent should. Teen suicide is a worldwide problem that is increasing at an alarming rate, therefore school administrators and parents need to be aware of the warning signs and have suicide prevention programs established in schools by 2022.

Parents and educators of teens who commit or attempt suicide may not be aware of their suicidal thoughts because they do not know the warning signs. According to Courtney Whitt (Director of Behavioral Health at Healthcare Network), people need to pay attention and know the signs to get them the help they need. According to health.clevelandclinic.org, there are noticeable red flags that anyone can notice which are “talking/writing about suicide, withdrawing socially, mood swings, and doing drugs/alcohol.” Knowing these signs can potentially save those thinking of committing suicide. They will help parents and educators observe their children and students to see if they experience these symptoms and get them the help they need and rightfully deserve.

Many share the belief that most teens commit suicide because they are seeking attention. But suicideprevention.nv.gov calls this a “MYTH.” Those who believe this myth are a reason why teenagers decide to commit or attempt suicide. The site goes on to say, “Do not dismiss a suicide attempt as an attention-gaining device. It is likely the young person has tried to gain attention, therefore…The attention they get may save their lives.” This shows us that having this belief negatively impacts those teenagers which may cost them their lives. Before believing this myth, try to put yourself in their shoes: What is your reaction to being called an “attention seeker”?

In conclusion, teen suicide is a problem that will continue to rise at an alarming pace if we don’t shine a light upon it. Many school administrators and parents might know teens that are thinking about committing suicide. They can be prepared by knowing the warning signs. Since students spend most of their time in school, school administrators need to establish and maintain effective suicide prevention programs. Although some people believe those who threaten suicide are “attention seekers” this only makes the situation worse. So, parents and educators, I encourage you to give them the attention they need to save their life. Imagine if your teen or student is thinking about committing suicide. Will you wait for a tragedy to happen in order to do something about it, or will you take the time to notice the warning signs and establish suicide prevention programs in your school? 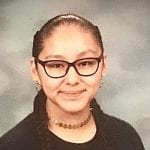