This is what happened to my little cousin. She was a three-year old preschooler. She was suspended for over a week and was told that she would be expelled if her behavior continued. Is this how we want to treat our children? These suspensions are biased and do not improve students’ behavior. They affect students in a negative way that can lead to isolation, students being disengaged in class, students being pushed out of school, and engaging in criminal behavior. Instead of keeping students from learning in school, school staff should start managing student behaviors in school, and talk to the student and their guardian to understand the roots of their behaviors.

Minorities in America are disproportionately disciplined in school. Black boys and girls are viewed as older and less innocent and they receive harsher punishments. In 2014, Phillip Atiba Goff wrote an article called The Essence of Innocence: Consequences of Dehumanizing Black Children and stated, “Our research found that black boys can be seen as responsible for their actions at an age when white boys still benefit from the assumption that children are essentially innocent.”

Vox also reported “Another study released in 2017 produced similar results, finding that Americans overall view black girls as less innocent and more mature for their age, from ages 5 to 14. Survey respondents were more likely to say that black girls need less nurturing, less protection, to be supported less, to be comforted less, are more independent, know more about adult topics, and know more about sex.” This research shows that these views lead to black girls being disciplined more harshly than white girls in school.

Suspensions have a negative effect on students, and don’t solve anything. Suspensions are supposed to teach kids lessons and to make the school environment safer, but it actually does the opposite. According to the Every Student Every Day School Exclusion Data Fact Sheet, “Excluding a young person from school not only fails to teach the young person the skills necessary to cope with stress and improve their own behavior in the future, but also puts the young person on the path to being held back, dropping out of school, or becoming involved with the justice system.”

To address this discipline problem, schools can provide implicit bias training so people can be aware of how they stereotype children. Schools can also try restorative justice to help repair any harm from student’s behaviors instead of keeping them out of school. Also, school discipline laws and rules should be changed to limit schools’ ability to suspend students for minor misbehavior, such as talking back, and not listening. Last, school staff should be required to look at the root of the student’s behavior and give support when needed.

In conclusion, schools are disproportionately suspending minorities. Suspensions do not help to improve children’s behavior, and it can put the child on the wrong path. School’s should find better alternatives so kids like my little cousin are not suspended at a young age. That would make our school environments safer. 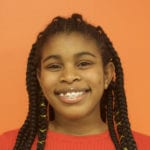