The effects of climate change will cause destruction and danger all across the world. The earth is about 317 million square feet (Coffey). That’s all. That’s all the land, water, and resources we have. So why destroy it? Why become dependent on things like oil and coal that kill our planet? Over the course of writing this essay I’ve learned that we are running out of time to change the damage we have caused. This world is the only one we have; there is no other Earth. There is no Plan B, no second chance. This is all we have. Destroying it will be the end of us. No more Earth. No more humans. No more life. No more hope. The earth is all we have and time is running out for us to change our effect on the planet. Therefore, helping to slow down climate change and protecting the environment should be a priority – not draining its resources.

I want my descendants to enjoy the earth’s natural features that I’m able experience today. Protecting the environment should be a priority, because climate change drastically damages the environment. This could mean that we lose a lot of resources. Then, we would have a worldwide struggle to support our population. Brian Howard, writer for National Geographic, quotes Kelly Levin, a scientist studying climate change at the World Resources Institute, in saying that, “Climate change will lead to increased frequency intensity and /or duration of extreme weather events, drought, intense storm surges and associated sea-level rise” (Howard). A Los Angeles Times article referred to Eric Rignot, a professor of Earth system science at the University of California Irvine, who says, “If the entire ice sheet disappeared, the global sea level could rise by a catastrophic 15 feet…Eventually, this could lead to the demise of ice across Antarctica” (Gold). All of this proves that climate change will affect our environment by melting the ice in Antarctica and causing sea levels to rise to dangerous levels. Melting glaciers can cause drastic effects. By letting the glaciers melt we will be destroying many coastal regions around the world. Therefore, the effects of climate change will destroy us and lots of our resources. Climate change can alter our world for the worse if we don’t get a handle on it now.

Protecting the environment is important because we are constantly, and knowingly, fanning the flames of climate change and choosing not to intervene. The issue of climate change has been studied by researchers who say that “more emissions from the burning of fossil fuels, including oil, gas, and coal, mean more melting and faster collapse [of glaciers]” (Gold). This evidence suggests that the more fossil fuel we burn, the more damage we cause our environment. The emissions we create are not helping the environment. We have the ability to help our world by decreasing pollution, but choose not to. A National Geographic article states, “The 772 scientists […] argue that world leaders have only a few years left to reduce carbon emissions enough to avoid catastrophic warming” (Howard). This means that hundreds of scientists actually agree on one thing: we are running out of time to change our negative impact on the planet.

Some people may argue that even if we stop burning fossil fuels, climate change won’t stop, and we can’t stop it because it is a part of nature. Catherine Rampell, from The Washington Post, states that, “A third of Americans say that climate change is not a serious problem or not a problem at all according to a recent YouGov survey” (Rampell). Los Angeles Times reported that a “lead author of one of the studies conducted with NASA’s Jet Propulsion Laboratory (JPL), …[says] the melting of the glaciers — cannot be prevented” (Gold). Despite the fact that climate change is inevitable, we are dangerously speeding up the process such that the consequences will put millions of lives in danger. Therefore, even if we can’t stop climate change it doesn’t mean we need to help the process.

Unfortunately, very few world leaders—the people who are supposed to protect us— are actually willing to make policies to address climate change. We can’t just lie around as though nothing is happening. We shouldn’t just rely on a few people, or the people with power, to make a difference. I’m only 14, but I still encourage my friends and family to recycle and reduce their impact on the environment. We have the ability to help our world and protect it from the effects of climate change. Here is a chance to do something for yourself. Do something to save the only earth we have. Do it for me and do it for all the other children. Do it for future generations. 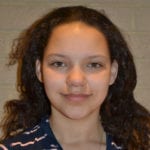