Protecting Our Home, Our Environment

Did you know that we are becoming the architects of our own destruction by damaging the environment? We are using 50% more natural resources up than the Earth can provide. The protection of our environment is a very important issue for me because I have seen and experienced climate change. As well, I am worried about the loss of animals and natural resources that are essential for our health, quality of life and survival. I think that our takeover is the main reason why the environmental damage is increasing, but it is not too late to change the course. The Planet Earth is home to millions and millions of people, so we cannot be careless about it. We need to open our eyes to the reality that we are facing with the environmental damage and start acting to stop it. In order to reduce this damage, our government should create laws and programs that lead to a healthy and sustainable environment.

The environmental damage is getting worse every day. We are using our natural resources faster than our planet can replenish them. An article from Newsela states, “Over the last centuries we have constantly burned fossil fuels, used more than half of the planet’s unfrozen land for cities, logging or food. Therefore, our takeover has destroyed the natural habitat of animals and plants” (Biello). The uncountable activities that we have been doing are bringing the loss of our natural resources that are necessary for our ecosystem. In addition, as if this was not enough the same article suggests that if we do not do anything, we will bring a mass extinction where even humans will disappear. Therefore, it is important to start acting now to stop it. We must stop our habit of wastage and start doing little things that will make a difference. According to the Associated Press, an interview with Boyan Slat said, “All parts of the process matter. Plastic needs to be picked up on land. People need to stop dumping and using so much plastic. Furthermore, the trash that is in the sea needs to be taken out” (Rodriguez). If the government passes laws that reduce the use of plastic, the amount of trash, or any other type of waste that we produce, the environmental damage will decrease. Additionally, if the government creates programs based on raising awareness, reforestation and conservation, the environmental damage will be reduced on a large scale. However, for change to occur, we need to push harder for immediate action. Even more, we have to start to change and find ways to do our daily activities without harming the environment.

Furthermore, many people are concerned about the effects of climate change that we have experienced lately, such as: flooding, hurricanes, fires, droughts, etc. As a result of these, people want the government to take immediate action to address this problem and reduce carbon pollution which is the main cause of climate change. The U.S. and China are the two countries most responsible for creating greenhouse gases. Besides, in order to address this problem, both presidents laid out an effort to cut pollution in their own countries. According to a Tribune Washington Bureau article, “For change to occur, both the U.S. and China would have to meet their new goals, cutting as much greenhouse gas as they can, so other countries would follow their lead” (Parson). If these goals are reached, the greenhouse gases could be reduced 80% by 2050. Only cutbacks of that size will prevent a big rise in global temperatures. In addition, a survey from yougov.com made in fifteen countries reveals that a “clear majority want their governments to play either a leadership role in setting ambitious targets or take a moderate approach to the negotiations that seek gradual action on climate change” (Jordan). This statistic reveals that many people who are concerned about climate change want their governments to take action to solve this problem. I think that the U.S. and China are role models for other countries which will have to follow their lead and cut their own greenhouse gases for real progress to be made. If governments do not act swiftly, it will soon be too late to prevent the worst impacts of climate change.

In summary, we may not be doing this on purpose, but our presence and takeover are having a negative effect on our environment. Frequently we have heard, seen and even experienced climate change. Our country has been suffering from hurricanes, fires, droughts, and flooding. Many people have lost their homes and even more importantly, people have died. We cannot ignore what is going on around us in our environment. The government is the main power in our country, and it needs to create laws and programs that allow everyone to maintain a healthy and friendly environment. If we do not act now, it will be too late to avoid the loss of natural resources and habitats, the worst effects of climate change and even a mass extinction. Therefore, we have to start asking what we are going to do to avoid and reduce the environmental damage for ourselves, but more importantly for future generations to come. If we have the power to cause this, we have the power to correct it. No effort is ever too small. 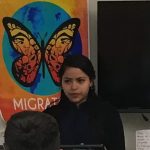