The Deforestation of Our Environment

The environment is one of the most important resources to help us survive. It gives us a home and food. Deforestation is causing great damage to the environment. In order to tackle deforestation countries should ban deforestation and give scholarships to students that plant 150 trees to restore the number of trees and reduce the amount of carbon dioxide. We must save the environment before it’s too late.

Deforestation is the permanent destruction of forests and homes of animals. According to the Food and Agriculture Organization, “about half of the world’s tropical forests have been cleared.” This must stop as soon as possible because deforestation is one of the reasons for animal extinction and the loss of oxygen on earth. There are many causes of deforestation. My solutions can help with deforestation because many students would want to get a scholarship for helping the environment.

Deforestation happens all around the world and as a result, tropical rainforests may completely disappear in the next 100 years, according to National Geographic. We humans all have a strong need for safety and security and look for those attributes in our environment. We also look for physical comforts, such as an environment with the right temperature, and mental comfort, where there is a mix of familiarity and encouragement. We have many solutions but not everybody is using them.

Recently Australia was facing a major problem with its environment. It was being covered with forest fires and was affecting not just wildlife but everyone. That will not affect only Australia but the world with the amount of carbon dioxide being released into the atmosphere. The fires have burned across the country in recent months, affecting four out of six states. Australia’s east coast has been the hardest hit. By early November, 1,500 firefighters were battling 70 fires in New South Wales, the southeastern state that includes Sydney.

That’s why we must give students scholarships for planting 150 trees and ban deforestation for once and for all. Children have a lot of energy and initiative rather than most adults. As a teenager, I like to make sure my garden is clean and also my community. If we give scholarships to students that plant trees they will not only have more initiative but also a chance to get a better education and be what they really want in the future. Banning deforestation is a very straightforward act but it can end the extinction of animals and take the homes of natives in their local area. 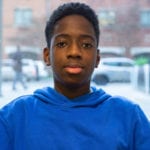