Habitats, Deforestation, and You

There are numerous reasons for the drop in habitats, one of the most prominent is deforestation for economic and agricultural reasons. Many aspects of our lives are affected by deforestation. Yet animals are one of the most influenced. “The analysis, the most comprehensive to date, indicates that animal populations plummeted by 58% between 1970 and 2012” (The Guardian). If this issue is not resolved, animal numbers will continue to fall. The government and nature programs should expand the amount of nature reservations, to thwart the recent decline in habitats and animals that live in them.

Deforestation by farming and logging is one of the central issues related to habitat and animal depletion. According to The Guardian, a British national daily newspaper, “The biggest cause of tumbling animal numbers is the destruction of wild areas for farming and logging” (The Guardian). Demolition of forests affects not only the areas that are destroyed but also the creatures that live in them. “Global and economic factors such as a country’s foreign debt, expanding global markets for rainforest timber and pulpwood, or low domestic costs of land, labor, and fuel can encourage deforestation” (NASA Observatory). Countries with economic issues and low industrialization are more likely to deforest land and partake in logging because people will try to earn a living through the forest resources without considering the effects. It is no surprise agricultural and economic factors will affect habitats and their overturn.

Conservation efforts of nature reserves can improve the state of forest lands. Many programs and funding are in place to help animals by providing refuges and habitable areas for them to live in. For example, Defenders of Wildlife has reported, “Defenders of Wildlife has played a leading role in helping shape smart conservation policies for managing national wildlife refuges, national forests, and other public lands” (Defenders of Wildlife). Efforts like these will lead to the eventual reduction in deforestation. “Some species are starting to recover, suggesting swift action could tackle the crisis. Tiger numbers are thought to be increasing and the giant panda has recently been removed from the list of endangered species” (The Guardian). Many animals are no longer at risk due to the conservation efforts.

Some may say that nature reserves are extremely expensive to maintain. David Smith states, “And to put that in perspective, our annual operating budget at this park is a little over $6 million” (qtd. in Rott). That being said, the cost is worth the preservation of wildlife for future generations. If enough attention is given to fundraising and charities, then money can be collected to pay for the expenses. In order for money to be raised, the public and donors should be aware of the programs they are choosing to support and the reasons behind their support. In other words, fundraisers and charities will pay for nature reserves, but only if people donate.

In summary, deforestation is a huge problem because of how it destroys ecosystems. However, if the government and wildlife protectors build or improve existing nature reserves and have more conservation programs, then deforestation will have less effect on our earth. Deforestation can alter entire ecosystems by damaging biodiversity, which is the variety of life in an ecosystem, leading to extinction or endangerment of many species that affect our economy and wildlife. If nature reserves and conservation programs are not taken seriously, many aspects of wildlife will be lost in the near future. Whether it’s an endangered species, an exotic or common crop, or an entire ecosystem, we can’t expect to preserve something we’re constantly depleting. This is why we need to conserve and protect the environment. In conclusion, defending the environment and stopping deforestation is important for the present and the future. 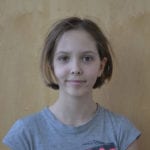