GMO’s War on Our Plates

It all started with a strawberry pop-tart. I was sitting at home and my older sister, Larissa, came up to me. She simply asked, “Why are you eating that stuff?”

“You know that stuff is full of chemicals and GMO’s, right?”

“GMO’s! Look it up on the internet. I learned about it in school.”

That simple conversation changed my view on what I eat.

GMO stands for Genetically Modified Organisms. Farmers often use genetically modified crops to grow more food. This, however, is not necessarily a good thing. One of the purposes of the Constitution, as stated in the preamble, is to “promote the general welfare” of the people. However, our politicians aren’t protecting our food supply. America is the world’s leader for growing and cultivating genetically engineered foods. Genetically engineered crops, or GE crops, are crops that have new DNA inserted into a host genome similar to a virus. GMO’s are an important issue to me because even though companies supposedly mean well, they are a threat to real plants and the health of humans. Eating GMO’s harm your organs’ functions, and can cause tumors. This is a reason why I try to avoid “modified” or “GM” in the ingredients. I don’t want to get sick because of GMO’s and I’m sure no one else wants to either.

You may think GMO’s are rarely in food, but you’d be wrong. Ninety-four percent of American soybeans are genetically altered. Products containing soy likely contain GE soy. Eighty-seven percent of corn grown in America is GE, 93% of cotton grown here is GE, and 93% of Hawaiian papayas are GE. These are just staples in the biotechnology’s reign over food. This is shocking because genetically engineered foods sprawled onto the market in 1994. In the 1980’s GE bacteria was grown for insulin production. This insulin is for people with diabetes to inject into their bodies or take in pill form. This is outrageous how people put insulin, made by GE bacteria, into their bodies. This type of insulin being put into the bodies of diabetics has caused a significant number of deaths from the body’s reaction to the GE insulin. In places like Washington, D.C., where diabetes rates are high, it is important for people to know these facts.

What makes this topic even more controversial is that genetically modified foods are not labeled. In the average American supermarket it is extremely rare to find labeled GMO’s. There are labels that say a product is GMO free. In a poll done by ABC 93% of Americans say that there should be some sort of labeling on food containing GMO’s. I’m one of those Americans, and you should be one too.   State legislatures don’t always do what the people want, though . This is because the GE companies may sue the state, or the politicians are supported by GE companies.

GMO’s pose a huge health threat both to humans and the environment. Some horrific side effects of the GMO’s include cancer and organ dysfunction. Countless studies have shown that GMO’s are bad. Rats exposed to GMO’s have developed massive tumors in laboratories. Some GE foods may even trigger dangerous allergic reactions. A few GE crops may even lead antibiotic resistance. It’s no wonder so many people, including teens, are sick these days. The GE crops themselves are made to be more resistant to herbicides, pesticides, and fungicides. In fact, that’s why 80% of GMO’s are made, to put up with these toxic chemicals. The crops are also grown to have a toxin in them to protect against bugs. In India, sheep escaped from their pens and into a field of Bacillus thuringiensis, or BT cotton, killing 1,800 sheep. This is proof that GMO’s are bad. Austria, France, Germany, Hungary, Luxembourg, Greece, Bulgaria, Poland, Peru, Saudi Arabia, Algeria, and many other nations have banned or placed restrictions on GMO’s because of their risks to human health.

There is a solution to all this madness, and that is organic farming. Organic foods are real foods that are all natural, GMO-free, and have very little pesticides and other chemicals sprayed on them. The American people are waking up because the organic industry has grown due to the health risks of GMO’s. The organic industry grew by 8% in 2010. Also 78% of American households have some kind of organic food in their refrigerator, or pantry. With all this growth biotech companies have also been growing. Monsanto, a company that has a monopoly on GE seeds, and their patents has grown 27% in 2012 yielding in more money than in 2011. This is a war for our appetite, and our mind between GMO’s and organic foods.

Even though organic foods are all natural, they more expensive than conventional, or GE foods. One reason is that organic foods are not sprayed with toxins but instead deal with bugs and weeds naturally. This causes the food to be expensive because these alternatives are not cheap, and chemicals are inexpensive. Another reason is that grocery stores – and consumers – want “beautiful produce”. Grocery stores throw out organic foods that are not shaped how people want them to look. Farmers may have to throw out 40% of their crops because of this. If grocery stores throw out this absurd policy then organic food would be a lot cheaper. If there was a change, then people would be able to eat organic foods, more affordably. People are simply unaware or don’t care, so that’s why the policy is still in place.

GMO’s have definitely affected me. Since learning about this topic, I am more aware of the foods I put into my body. Since I was told about GMO’s, I have been buying more organic foods and I always look for a non-GMO seal. All teens should know about this. If teens want to become healthier, they shouldn’t buy any products with GMO’s. In America today, obesity levels are out of control and overall health of kids and teens is in trouble. There could be a dramatic change in these statistics if teenagers are better educated on how engineered versus organic foods can affect them. If they do listen and protest against GMO’s, the government will have to act and impose a ban on GMO’s. This will stop the evil crops. Everyone has the right to know what they’re eating. Teens should tell everyone they know so the governments of the world will have to act and ban GMO’s. 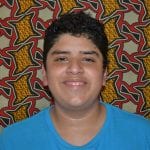