Are you graduating from high school, excited to enter a new phase of your life? The feeling is amazing! But wait – let us think about after the feeling is over. When college ends, imagine all the debt that has to be paid back. By the time you achieve the highest potential degree and finally earn a good salary, your student loans debt will have increased as well. And guess what? You will still have to worry about living expenses, personal care, and other financial obligations. This harsh reality makes some people think going to college is not a worthwhile investment. Therefore, lowering the cost of public college or establishing free college will reduce the amount of stress placed on college students, allow people to pursue education without going into debt, and eliminate the excuse of college not being affordable. Even though this will take a large amount of money from the government and society as a whole, it will increase the amount of educated people, especially in preparation for the future of technology within the United States.

Most middle- and working-class families cannot afford to pay for their children to attend four or more years of college. Therefore, students must borrow a significant amount of money at some point in their lives, which impacts them financially, socially, and even mentally. In fact, while it is true that scholarships can play a role in helping with tuition, they often only cover a small amount of the overall cost of college attendance, depending on the type of scholarship. Some colleges offer students a “full ride” – isn’t that great? However, the average college student has to keep up with coursework, and possibly even a part-time job, which means they would have to work harder than normal to maintain the full-ride scholarship. As a result of this pressure, many students become depressed, and some even commit suicide. According to “Crisis on Campus”, about 7.5 students per every 100,000 students attempt to commit suicide. Additionally, compared to the 1950s, the amount of college suicides today has tripled. Lowering the cost of college, or making it free, does not just help students economically, but it can also help them mentally.

Within the next ten years, paying for some colleges will cost more than paying for a house. According to Troy Onink, a writer from Forbes Magazine, “If your child is going to college four years from now (2018), the projected cost of an elite college from 2018 – 2021 could soar as high as $334,000 for a four-year degree” (“College Costs”). This shows that the cost of college is not expected to decrease anytime soon. Education should not be paid for, but rather acquired and earned. In a chapter of “American Social Reform Movements” entitled “The Education Reform Movement”, the author Judy Galens claims, “The public school system is a significant part of the American landscape…it’s difficult to imagine a time in history when education was a privilege, not a right….in United States…the idea of free, publicly funded education…. was considered extremely radical.” (Galens, 117). This means that at one point in history, there was also a fight for free, K-12 public education. The only difference between K-12 and college is the level of learning and freedom acquired. Therefore, a guaranteed public education should not just be limited to K-12.

The concern about the cost of tuition is so widespread that a common excuse is: “Oh, I cannot go to college, because I do not have the money to,” or “Higher education is too expensive for me.” According to an article entitled, “Top 5 Excuses for Not Going to College or Career School”, the reality is that “You can’t afford not to go…All jobs now require some kind of education after high school, whether it’s on-the-job training or a certificate, degree, or professional designation” (2011). Also, in an article by Eli Amdur entitled “By 2018, 60 percent of job openings will require college education” he states:

The Bureau of Labor Statistics projects that total employment is expected to increase by 20.5 million jobs from 2010 to 2020, with 88 percent of detailed occupations projected to experience employment growth. In the midst of all this, jobs requiring a master’s degree are expected to grow the fastest, while those requiring a high school diploma will experience the slowest growth over the 2010- 20 timeframe.

This indicates that there will be an increasing demand for people with education even beyond a four-year college degree. So in order to keep up with the job market, an affordable education and achieving the necessary amount of schooling to reach that level of experience is absolutely necessary. Furthermore by 2018, it is guaranteed that the college tuition will be even higher than it is today. Since I plan on going to college, the cost of tuition at that time may make it impossible for me to obtain enough money for all four or more years. Lowering the cost of college would benefit me and other young people, as we work towards becoming successful citizens. In America, there are a lot of career opportunities, and education is one of the most important pathways. With affordable education, these opportunities will be more accessible to everyone.

There are two Democratic candidates running in the 2016 Presidential Campaign that that recognize that the cost of college is a huge problem. One of the Democratic candidates, Hillary Clinton, introduced her plan to the public on how she can help with the reduction of college tuition. An article from the Washington Post stated that, “Clinton has said she wants to fund her plan, which she estimates would cost $350 billion over 10 years, by closing tax loopholes. The money should be sent to states to increase their investment in public colleges and universities and to lower the interest rates on student loans” (Layton, “Democrats propose tuition-free college”). Clinton is showing that she can achieve the success of lowering tuition by better regulating government policies related to taxes. Not only is Clinton proposing to lower tuition, but Bernie Sanders is as well. In a report from U.S. News, Bernie Sanders asserts, “In a global economy, when your young people are competing with workers from around the world, we have got to have the best educated workforce possible. And that means that we have got to make college affordable” (James). This further supports the idea that the more people who go to college, the more educated citizens we will have within the United States workforce, which would make us more competitive globally. Moreover, having more college-educated citizens with a foundation of 21st century skills will lead to a future generations of technological advancement that will further support of the development of our nation and its people.

Some might say that the rising cost of college is not that bad, or that it is actually necessary. In her article “Advantages & Disadvantages of Rising College Tuition,” Kristine Tucker discusses some of these. She states that “these rising costs also provide funds for colleges to make quality improvements and undergo building projects. Schools say they can also hire additional professional staff to meet students’ administrative needs.” However, she recognizes that these increases in tuition costs for the students can cause additional financial stress because, “students may need to apply for more financial aid, federal grants, school-issued grants and scholarships to cover rising costs”. Furthermore, Tucker also notes that these rising costs often limit students’ access to advanced degrees or even four-year bachelor degree programs as they resign to community college as the only affordable option. In addition, many students who do choose to continue in a four-year program may have to work while they are in school, “to save up for rising tuition costs, delaying long-term, postgraduate career opportunities”. This shows how rising costs at four-year college may also negatively affect enrollment at these institutions. If students cannot pay, they will find more affordable options, or not go at all. Overall, the cost of tuition benefits the universities and colleges economically, while decreasing the chances of high quality education for people that are not as fortunate.

In conclusion, lowering the cost of college is more efficient than increasing it, because it will better the chance of establishing a community of educated people. It is important to have a large community of educated people because it will allow them to be able to qualify for the demanding jobs, especially within the fields of science and technology. It will also allow more growth in small business and the level of educated people to go up as a whole. In the long run, lowering the cost of college can increase the success rate within the United States. 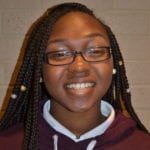