College is good. Or so students are told. They repeatedly hear this from parents, teachers, and even other students. And they are not wrong. College is important, but the financial risk associated with it is not fully understood by those who wish to attend. Currently, too many students graduate with debt. Keeping people in debt and financially restricted keeps low-income students from pursuing a college degree and when they do it makes them struggle. The cost of public college is too expensive causing a wide range of consequences, so the government should pay for public college tuition.

College graduates have less financial freedom due to college student loan debts impacting their quality of life. Loans can have lasting negative effects on the lives of the graduates. Graduates with college debt delay important milestones in their life as a result of the heavy financial burden put upon them by their debt. According to CNN, in 30 of the top cities in the country, it is faster to save for a 20% down payment for a non-college educated person than for college graduates, even when the graduate makes more money; and in cities like San Francisco it will take young college graduates nearly 30 years to save for a 20% down payment. While it is not surprising that it is hard to buy a house, a house is the costliest purchase most people make, it is surprising that college graduates are taking much longer to buy one. If a graduate is $29,000 in debt (CNBC) with explosive interest, they have no choice but to wait while they lower their debt before making the largest purchase of their lives. Additionally, as a result of waiting for 30 years to buy a house, college graduates will accumulate less wealth. While they are saving for the 20% down payment the college graduates will most likely be paying for rent on top of that, which is lost wealth that could have been put towards a house payment or other essential expenses. The restriction on the accomplishment of life milestones is confirmed by a report by USA Today on the effects of college student loans on marriage. USA Today reported 13% of divorces are caused by student loans and their financial restrictions. To put it in other words, out of eight divorces, one will be caused by student loans. The lack of financial freedom created by student loans costs hundreds of thousands, stability in the lives of college graduates, and lowers their quality of life.

Many clean cost of tuition Is not a significant problem because there are other options “Such as starting a business.” (Civitas Institute) While this is true and there are other options to become successful, many people don’t have the skills necessary to do such as things starting a business. According to fundera more than 70% of businesses fail, this could be to a variety of factors from lack of capital to bad investments. College is a much better way to start off one’s career, but the unfathomable college debt holders people back from achieving their dreams. Civitas Institute also tried to argue “working-class families will be forced to subsidize college degrees for rich kids.” Which could not be further from the truth: According to think progress “Tuition at public colleges came to $62.6 billion in 2012” which is lower than what the government spends for college-related costs like grants, tax breaks, and work-study funds the government spends “$69 billion.” The government can reallocate college related funds to public college tuition and have pocket change for the military. If somehow the six billion dollars left over doth not cover the needs of the colleges and they need money to support more students “working-class families” will not pay more taxes. The government can find other entities who pay less tax by percentage than the average “working-class families” to pay for college. The argument that middle and low income families were disadvantaged by having free access to college education is far from the truth.

To increase the number of college graduates the government should pay for aspiring high school graduates to attend public Institutions for free. New York State passed a bill that gave middle and low income families free tuition. Tuition-Free Degree Program or The Excelsior Scholarship is a model the rest of the country can follow. As the government of New York said “education is the great equalizer” but it can’t be one if people don’t have access to it. The government should create a nationwide program in which it can focus its “$69 billion” – think progress – from other college cost related programs to pay for the tuition of public colleges. Individuals and or groups need to support congressmen and women who are fighting for free college. We need to send mail and overall actively show lawmakers that we the people do not want to be in hundreds of thousands of dollars in debt.

College is good. But too many students graduate with debt and this keeps low-income students from pursuing a college degree. To increase the number of college graduates the government should pay for aspiring high school graduates to attend public Institutions for free. College is the next great equalizer. When all students in the United States can have access to a high level of Education it will open more doors and opportunities and make the country a better place, filled with better people. 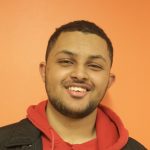