The air is being polluted and the government isn’t doing anything about it. They’re watching the world die slowly. The natural oils and gases aren’t harming the earth but are actually helping as well as it being natural. The world will die if we don’t try and help it. It’s sad to see animal species die because they’re going extinct due to climate change and air pollution. To solve this problem the government must ask people to do something environmentally safe or helpful and encourage green behavior.

If the government did change the oil or make it illegal they would save a lot of money instead of wasting money on unnecessary things such as harmful oils and gases. Also they could have schools educate students about CO2, climate change and air pollution. Part of air pollution is not only caused by unnatural oils and gases but is also caused by factories with a giant tube of CO2 coming out of the top. According to, “Fossil Fuel Subsidies: A Close Look at Tax Breaks and Society Costs”, the government spends (14 or 19 can’t tell based on handwriting) billion dollars per year wasted on barrels of oils and gases used for cars over the next decade and emit an additional 6 billion tons of CO2, carbon dioxide, which rounds up to 23 billions of dollars wasted on oil for cars.

Some may say that climate change isn’t that important or even that it isn’t real. However, according to National Geographic, “Since 1906, the global average surface temperature has increased by more than 1.6 degrees Fahrenheit (0.9 degrees Celsius)—even more in sensitive polar regions.” They go on to say that global warming, which is caused by climate change, is affecting the sea levels causing them to rise. This is a demonstration of climate change. Also, “Why Climate Change is Still the Greatest Threat to Human Health” states, “Estimates suggest that air pollution causes anywhere between 3.6 million and nine million premature deaths a year.” Therefore, people with lung problems are at higher risk of dying, the government can ask people to bike or make other environmentally friendly decisions.

If the government encourages green behavior like biking or taking public transportation, there will be less air pollution. People with lung problems would be able to go outside more often to get fresh and maybe they would want to take little walk breaks. If we don’t encourage green behavior it could increase how many people die from air pollution. The world could die and us with it. You can do your part by biking or taking public transportation to work three days out of the week to reduce air pollution. You can also have a greenhouse or have the government make more effective green laws. 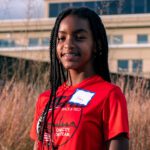