Carbon Emissions: The World is in Danger

The Earth’s climate is changing and it can be very detrimental to life across the globe. It not only harms us, but it is also primarily caused by our actions. I care about the well-being of the Earth’s environment because I care about future generations of humans. I want future generations of my family to live comfortably, not in fear of a dangerous climate. People, businesses, and our community should do more to prevent global warming from destroying our planet.

People all around the world need to change their habits in order to prevent the dangerous effects of global warming from destroying the environment. The first thing to worry about is CO2 emissions. CO2, or carbon dioxide, is the number one contributor to the Greenhouse Effect. The Greenhouse Effect is the Earth’s natural process of trapping gasses in the atmosphere in order to warm the Earth. Most environmentalists think it is the cause of the changing climate. The natural process is not harmful, but because of the excess emission of greenhouse gasses by humans, it has become harmful. The Earth is trapping too much gas in the atmosphere, which gradually warms the Earth. NASA monitors these changes and discovered that atmospheric CO2 levels have not been above 300 ppm for 650,000 years. They are now at 400 ppm, and have increased sharply in the last 50 years. The evidence shows that CO2 emissions is a current issue humans face and need to act against now.

Businesses play a big role in stopping carbon emissions because humans are responsible for many types of CO2 and other greenhouse gas emissions. According to a study on global Warming edited by Michael Anderson, 82% of human induced CO2 emissions come from the burning of fossil fuels and 18% come from deforestation. The burning of fossil fuels is a result of things that came about during the Industrial Revolution, such as electricity production and transportation, e.g. cars, trucks, and planes. In fact, according to the same study edited by Michael Anderson, before the U.S. started monitoring emissions, this country was increasing CO2 emissions by 10 ppm every five years for 50 years after the Industrial Revolution.

Deforestation occurs when forests are cut down in order to make way for new development. The issue this causes is that when a tree is killed, it emits CO2. Killing trees on a large scale produces an abundance of CO2. Thus, it is hard to ignore that humans have been having a negative effect on the environment.

Our community needs to be educated on the harmful effects global warming has on us all. In a survey recorded by Michael Greenburg, only 49% of Americans polled were willing to change their behaviors to help the environment. This shows how little the common person knows of the harms of poor environmental conditions. People are in fact harming themselves by being unwilling to fix anything.

There are many, on the other hand, who argue that humans have little to no effect on global warming. For example, the Huffington Post published an article stating that the sun has much more to do with the warming climate than the human-made carbon emissions. The article stated that the sun’s rays are more rapid now than they have been in the past 100,000 years. Moreover, the same article stated that the sun, cosmic rays, and the Earth’s orbit contribute much more too global Warming than humans. This point of view has been proven wrong by scientists in the EPA (Environmental Protection Agency). According to the EPA, temperature variations in the sun have had an effect on the Earth but these changes are minuscule compared to those caused by the greenhouse effect.

Overall, the evidence is clear that climate change is very existent in today’s world and is primarily caused by humans. Despite the obvious realities, society and lawmakers have yet to take enough initiative. Various environmentalist groups have attempted to raise awareness on the topic but many still fail to see its importance. If countries all over the world begin to educate their people about the importance of the environment and how to lessen their carbon footprints, ignorance will decline and we will have new ideas and solidarity to fix our environmental problems.

“Why Humans Don’t Have Much To Do With Climate Change | Lawrence Solomon.” The Huffington Post. N.p., n.d. Web. 04 Apr. 2014. This webpage was used in my counterclaim. 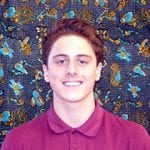