If people are informed of the good things about gay couples adopting children then these couples will face less persecution and disappointment during the adoption process. According to the Atlantic article, “We are holding our breath,” Bode admits. “We’re hoping for the best and planning for the worst, which is what many LGBT families are forced to do in the current system.” Gay couples who want to adopt children have a much harder time because they do not have what some people see as the “right” family makeup. If all couples had the same adoption rights guaranteed, and if the public had more information about gay couples adopting, then these couples would face less disappointment and more children would have permanent homes.

Many people believe that gay couples adopting is not good for the child being adopted. However, according to LiveScience, “Gay parents” tend to be more motivated, more committed than heterosexual parents on average, because they chose to be parents.” Children that are adopted by gay couples have advantages as they know that they are wanted and that they were chosen by their family. It teaches the children open-mindedness, tolerance, and acceptance. Having more children who need homes have parents who are committed to them can never be a bad thing. This is why gay couples should have to meet the same standards as all other adopting couples without fear of disappointment based only on their sexual orientation.

Another advantage to kids who parents are gay couples, is that they do better in school than other kids. According to The Washington Post, “Children of same-sex couples perform better in school than kids raised by a mom and a dad.” The article goes on to say, “children raised by same-sex couples had higher test scores in elementary and secondary school and were about 7 percent more likely to graduate from high school than children raised by different-sex couples.” This proves that not only do these children have a home, they are also more likely to graduate and perform well in school, setting them up for a better life. This is why gay couples should not face extra difficulties in adopting because they are gay.

In conclusion, couples should be able to adopt children no matter what the adopting parents’ sexual orientation is because adopting children gives them a big advantage in life. Children of gay parents are more likely to have motivated and committed parents as well as do better in school. These couples should not have to face extra disappointment in the adoption process because they are gay. We should do everything we can to make sure all children up for adoption find a home. Excluding gay couples hurts these children. This is why all couples should be guaranteed the same rights during the adoption process and sexual orientation should not be considered. 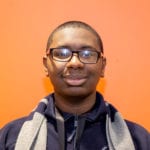