Hey! My name is Amyah, I am in the 6th grade. I attend Achievement Prep. I am an honor roll student. When I get older I don’t want to worry about my future getting compromised because of a pay gap! I want to be a doctor and don’t want to be discriminated against because of my gender or race! It bothers me that women don’t get paid equally! Beyonce said, “We need to stop buying into the myth about gender equality. It isn’t a reality yet. Today, women make up half of the U.S. workforce, but the average working woman earns only 77 percent of what the average working man makes. Unless women and men both say this is unacceptable, things will not change.” Women should be paid the same amount of money as men no matter their gender or race, if they are in the same position.

One reason women’s inequality is a problem is because of gender. Women are more educated than men if you look at the statistics. “More women than men go to college and grad school and they take out larger student loans – landing them with more than 800 billion worth of nation’s 1.3 trillion in student debt according to the American Association of University Women. But less educated men still out earn women with advanced degrees.” (Olen, 2018). This supports that women still get less money no matter if they are educated or not. As you can see, the world doesn’t recognize women and our pay rights, but we need to make clear that we are making a change. Also, this article is saying that women are more advanced in college but still don’t get the best benefits.

Discrimination due to race and ethnicity is a major reason why women are not getting equal pay. All women do is work harder and not get credit for it. A woman’s race doesn’t determine who she is and what she is going to do in life. “Across industries, white women make 79 cents to the white man’s dollar, while black women get 66 cents, and Hispanic women bring home 59 cents.” (Adamczyk, 2017). This proves that the rate of women getting money goes down according to race. That is unacceptable and people need to change racial profiling. This is why race is a part of women not getting equality and why women aren’t getting paid as much as they are supposed to.

In conclusion, women don’t get equal pay and the government should change it. Women don’t get equal pay because of race and gender. When we have the same job and experience with a man, the woman still doesn’t get equal pay. I am telling you take what I just told you and put it in your own hands. We need to help ourselves. Women speak out. Don’t be scared of these male politicians. If we do nothing about this, things are going to get worse for young ladies and better for young men. We don’t need that to happen. We need all genders to be equal. Women let’s stop inequality and be equal.

Olen, H (2018) The more women make the wider it gets. Retrieved from: https://www.inc.com/magazine/201806/helaine-olen/gender-pay-gap-infographic.html 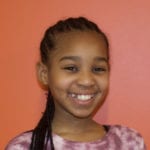