You think video games are fun, don’t you? Some games, however, are extremely violent. Violent video games are important to me because I believe they prevent children from being more active and happy. I chose this topic because I feel that video games contribute to a negative change in the behavior of children over time. Due to the content of these games children grow to become more aggressive; they take away children’s happiness because they lose interest in doing other, more pleasant activities. Therefore, video games should have stricter regulations, such as parental controls, in order to protect children from the detrimental effects on their well-being. Making these changes will guide children and teenagers to better alternatives.

Violent video games cause children to act more violently in their everyday lives. Multiple studies have shown that games rated M (mature) have been the blame for school shootings, an increase in bullying, and violence toward women (“Do Violent Games Contribute…”). Children who play brutal video games are repeatedly learning thought patterns that will stick with them and influence later violent behavior (Iowa State University, 2007). I have noticed that kids, including myself, become more aggressive and demonstrate more negative behaviors, and I believe it is because of these harmful video games. Unfortunately, studies have proven that violent video games have negative effects on the psychological development of children. Therefore, we need to put limited restrictions and parent control settings on games and their systems.

Violent video games cause children to become more aggressive. Evidence shows that video games cause minor aggression such as hitting, teasing, and name-calling (Shin, 2008). This aggression also relates to other anti-social behaviors. When playing violent video games, children can unconsciously become more attentive toward others unconsciously causing them to be come tense and worry about their surroundings. They practice thinking that it is acceptable to respond aggressively to provocation. These reactions worsen every time they play the games. For example, I witnessed a kid become more hostile in his demeanor after playing violent video games for just a few weeks. Due to these changes in the way he thought and behaved, he started hanging out with the wrong crowd, dropped out of school, and even tried to fight me because I was standing too close to him. There were no other negative influences in his life at the time; therefore, I blame the violent games he was playing. This is another example of why we need to have a parent password and other safety features that prevent children from playing these types of games.

Furthermore, violent video games cause children to waste time. Research shows that children are spending huge amounts of time playing these violent games when they could be reading or participating in real-world activities such as visiting museums or playing sports. From “Teens and Video Games: How Much Is Too Much?” the average teenage boy spends 13 hours per week playing video games. When someone spends that much time in front of the computer or television, their minds are absorbing the content that they are watching. It is clear that what they are watching is not having a positive effect, because their brutal behavior reflects what the games are teaching them. I can relate to this because I used to spend lots of time playing violent video games because they are addictive and fun. For example, I used to play Black Ops, and I would spend three hours playing without even noticing, which demonstrates the addictiveness of these types of video games. During this time, I could have been improving my vocabulary, studying for a class, or doing something else fun. This shows why it is important for us to limit the amount of time and types of games that our children, friends, or peers play.

Some may argue that playing video games, even the violent ones, are just for fun—they do not negatively affect kids. While video games can be fun, but they can also manipulate the psyche. “Do Video Games Inspire Violent Behavior?” tells how manipulation grows in the child’s mind and can get them to do things they do not want (Toppo, 2015). We should be concerned because there should not be death and violence in every child’s mind; we should be able to stop this as parents, friends or peers. Also, some people believe that video games help you socially. You can get to know people online and build skills that you can use later on in life. We can find other ways of doing this, such as through community gatherings and activities.

In conclusion, violent video games cause children to become more physically and emotionally aggressive, and also cause them to waste time. Children are having a hard time separating what they see in the video games with reality. Instead of the games just being for fun, kids end up picking up bad habits, and start to value behaviors like fighting well or being suspicious of others. These habits enter into their everyday life, which can harm them mentally and physically. In all, there should be stricter regulations on video games to in order to protect vulnerable young players. 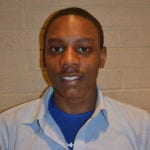