Rape: If I Don’t Say Anything, It’s Going to Keep Happening

“This is a problem, and if I don’t say anything, it’s going to keep happening,” is what Kamilah Willingham once said. Kamilah Willingham is an African-American activist who is also a survivor of sexual assault. When she was a law student at Harvard University, she reported being sexually assaulted by a fellow student and was later challenged when she spoke about it on the documentary “The Hunting Grounds.” Many victims of sexual assault and rape are not speaking out, nor are they reporting their cases, due to the fear of being blamed. To prevent this from happening, it would be a good idea to encourage the victim to speak out to organizations that help with sexual assault, and if they’re still afraid to talk about it, be their voice and support them.

Do you know how many sexual assault and rape cases are reported? If you didn’t, well– according to the National Sexual Violence Resource Center, less than 40% of sexual assault cases are ever being reported to the police, which means that about 60% of cases are not being reported. Even though those 40% of people do report their cases, not many of those cases are being solved. Not only are sexual assault cases not being reported, but rape is one of the most unreported crimes. It’s not just in the United States, it’s not just in Western countries, but worldwide! This suggests that victims feel like there is no point in reporting sexual assault and rape cases, since they know that their case is most likely not going to be solved and the police will do absolutely nothing about it. The article “Why Abuse Survivors Stay Silent,” by PsychCentral, points out many reasons why many victims stay silent and don’t report their cases. Among these reasons are that they are afraid that they are going to be blamed for being sexually assaulted or raped. Victims also fear that if they report their case, their abuser will hurt them even more, and they start to worry about their safety and surroundings. This means that part of the reason that victims do not open up about their sexual assault cases is because of fear: fear that they are going to be victim-blamed, fear of further attacks, and fear that they will have no one to support them or believe them.

A solution to help sexual assault victims is to encourage them to speak out and support them by being their voice if they are afraid to speak out about their case. This is exactly what the actress Alyssa Milano did. In 2017, Milano urged many people to share their sexual assault and rape encounters on social media, which caused the #MeToo Movement to gain widespread attention. #MeToo is a movement created on social media in the year 2006 by American activist Tarana Burke. It was a social protest against sexual assault, sexual harassment, and rape culture. It also impacted the lives of many victims who spoke out, in a positive way. The offender of the victims often got the consequences they deserved for their actions, and the victim got the justice they deserved. Therefore, this solution can continue to be successful as long as we support and stand up for the victims so they don’t feel afraid.

I know that there are still people out there who will disagree with me and say that the victim is making up the accusations just for attention. What they fail to consider is that, as the article “Myths about Sexual Assault Reports” discusses, only about 4% of sexual assault cases have been reported as false. This is very low compared to only 25 out of 1,000 offenders facing consequences for what they did. So really that’s just an excuse people make in order to not take responsibility for their actions. Which only goes to show why victims don’t speak up.

This topic is very important to me because I have been through sexual assault myself, and I can tell you it’s something that I wish no one else has to go through. I didn’t speak out until my cousin encouraged me to. She told me that what I experienced was not okay, and if I didn’t speak out, she was going to do it for me. After she told me that, I got the courage that I needed and told my mom everything.

To sum it all up, in order to lower the number of cases not being reported, we should encourage the victims and show them that they are not alone, and that they will always have the support they need no matter what. No one ever deserves to go through this, especially suffering alone. They shouldn’t feel like they’re the ones to blame for what happened, because it’s never their fault. For anyone who is dealing with sexual assault and wishes to speak up please visit National Sexual Assault Hotline, or RAINN. You’re not alone. 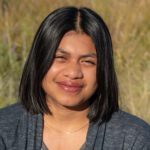