Video Games: The Good, the Bad, and the Violent

There have been a number of terrible shooting incidents recently with young people being the perpetrator. Much of the discussion after these shootings has centered on whether playing violent video games makes kids more violent and more likely to hurt people. While there are many people who blame video games for violence, most kids who do play violent video games never become violent. Over the past few years, the reputation of violent video games has been highly controversial. Many factors can lead to video games being a negative influence, but they can also have a positive impact on children.

My first introduction to someone negatively influenced by video games was at my elementary school. One of my classmates owned a lot of violent games and toy soldiers. He would play with those toys every day before school would start and would put on plays about war and play war games. It was clear that he thought life was a big battlefield. His behavior spilled over into his interactions in school. Eventually, he got in trouble and was suspended from school. Although there is a lot in the news about violent video games’ influence, this classmate is an exception to the kids I know. Another friend of mine has games like these. I’ll go over to his house a lot and we play these games, but that doesn’t affect us because we are mature and know that these games are fake. Like many other kids, we’ll play and just get over it, but a minority of kids these days aren’t getting over it. It seems that some teens are shooting people because they think they are a character in Modern Warfare 3. These events have caused parents to worry and take away video games.

An article by Brad Bushman indicates that if kids are subjected to violent games at an early age when they aren’t mature, they usually become a lot more aggressive. This may lead to some kids becoming killers and being sentenced to prison, or missing out on an opportunity to get an education and a good job when they grow up. Recently I went to Best Buy and stopped to play at the game station. I met a nine year old boy and sat down and played with him. All he talked about was the game Black Ops. He was very aggressive and he would pretend to shoot people who walked by. I was alarmed and on guard around him.

Most kids who read this essay play games like Black Ops and think, “I don’t do that.” My friends have those games too. I feel that most kids know what is real from what is fake, but a number of examples indicate that there are kids who do not. Guardian.co.uk states that a 14-year-old boy names Stefan Pakeerah was stabbed and killed by his 17-year-old friend who was obsessed with a video game they used to play called Manhunt. In this game, players can score points by brutally killing people with a variety of weapons.

Another 19-year-old boy named Polwat Chino often played Grand Theft Auto 4. He was becoming poor and in desperate need of money. He saw that it was very easy to rob taxi drivers in that game and wanted to know if it was that easy in real life. Similar to the game, he went out, approached a cab, opened the door and battered and stabbed the driver multiple times in the chest. He then threw him in the back of the cab and tried to drive off. Polwat could not control the car and was arrested shortly thereafter.

In a survey conducted by the Professional Association of Teachers, educators reported that they have noticed that kids have been acting out very graphic scenes from violent games which increased hitting and hurting in the classroom. However, teachers did feel that students were play acting by copying the scenes of the game and were not actually trying to hurt their classmates. They also felt that parents should be responsible and not let children who are too young or immature have access to playing these games. They felt that parents were not enforcing appropriate rules on what type of games to play and how long. In fact, many parents approve of these games and play with the children.

Guardian.co.uk studies show in a survey of parents that “46% said their sons or daughters had become less co-operative since they started playing video games. Forty-four percent said they were more rude or intolerant towards others; 40% said they were more impatient; 36% reported an increase in aggressive behavior; 29% cited mood swings and 26% said their offspring had become more reclusive.” An article in the Huffington Post by June McGonigal gives a different perspective. It reports no bad effects of these games and some positive effects of playing the games. She says that playing these games helps kids who have issues with anxiety and depression and helps them “overcome physical, emotional, and social challenges.” She states that these games help fill voids and helps kids develop problem solving and logical thinking skills. The article ends with the idea that, once again, parents need to monitor the type of games played and length of time spent playing.

Statcounter.com states that violent games are also a way to release stress based on a study by researchers at the Massachusetts General Hospital’s Center for Mental Health and Media. While almost all of the children in the study played violent games daily, they found that the kids used video games to reduce stress and manage their anger. They also reported that youth crime also declined. Parents were again asked to be a part of managing the time and type of games played.

The examples of violence may shock many people and they show that this is a serious matter that cannot be ignored. CNN states that California has banned stores from selling “M” rated games to under-aged children. Personally, I don’t think that this is a good idea and agree with the research that parents should make these decisions and monitor game play. Some people may disagree but that’s OK. It seems that violent games may influence some kids to be violent, but not all kids. As I said, most kids are able to know real from fake. People need to know what material they can and can’t give to their kids and closely monitor what they are doing. Video games, even violent ones, can have a benefit. It is up to us to do what is necessary to help reduce the number of terrible incidents that we see in the media. 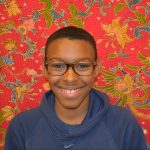