Have you ever played video games? I’m sure you have. According to the Entertainment Software Rating Board, 67% of U.S. households play video games. I play them all the time. One day I might be playing some Call of Duty, the next might be playing Madden NFL 15, or even simple games like Candy Crush on my phone. Games like these may have some negatives, but in most cases, they have positive effects on the brain. I believe that video games are beneficial for people of all ages because they help develop many important skills.

One reason why I believe video games are beneficial is because they increase mental skills. For example, video games can actually expand a person’s way of thinking and help them in school. According to a study published in 2013 by the American Psychological Association (APA), “playing video games improved a players capacity to think about objects in 3-Dimensions just as well as academic courses to enhance these same skills.” This evidence shows that video games can improve people’s way of thinking and can benefit them in the classroom as well. For example, in math class students have to learn geometry, so being able to think about objects in 3-Dimensions by playing video games can really help out with those challenging geometry problems. Secondly, video games can improve a player’s problem solving ability both in and out of school. The study also found that “the more adolescents reported playing strategic video games, such as role playing video games, the more they improved in problem solving and school grades the following year” (Granic). This shows that video games are beneficial because they help students to better solve problems and, over time, can help them increase their grades as well. In summary, video games can help make learning in the classroom a little bit easier by helping students understand and think about 3-Dimensional shapes more clearly, and video games help students get their grades up over time by helping them solve problems more efficiently.

Another reason why video games are beneficial is because they can increase social and emotional skills. For example, the APA study found that easy access to video games can help a player feel good and keep them calm. “Simple video games that are easy to access such as Angry Bird can improve players moods, promote relaxation and ward off anxiety” (Granic). This shows that video games are beneficial because even the simple ones can help people feel better and even calm them. Another emotional skill that playing video games develops is the ability to fail. In many games, players repeatedly fail. Learning to accept that one has failed can help them deal with failure in life and can make them get use to moving on from failure. The study argues, “By learning to cope with ongoing failures in games, the authors suggest that children build emotional resilience they can rely on in their everyday lives” (Granic). This shows that video games are beneficial because students can learn from their mistakes and failures and they can learn how to have more control the next time they fail in anything. Therefore, video games are beneficial due to the fact that they help people learn to cope with ongoing failures and can help emotionally by fending off anxiety and promoting relaxation.

Others may argue that video games, especially violent ones, can increase aggression, reduce self-control, or decrease social skills. Tom Jacobs of the Pacific Standard, for example, argues that in the real world people have to make important decisions that require self-regulation, and video games may very well take away the ability of self-regulation. In the article it says, “Many real world decisions require self regulation of moral behavior… Our study indicates that playing violent video games can interfere with this ability” (Jacobs). Actually, video games, especially violent ones, can strengthen many important skills such as memory, perception, reasoning, and navigation. Also, while, some people argue that people who play video games often can potentially become socially isolated, the APA study notes that about 70% of gamers play with a friend, and that playing online gives them more opportunities to make more friends. For these reasons, it is clear that video games are mostly beneficial as they improve many skills and can help people build friendship.

In conclusion, video games are proven to develop many valuable skills. The skills that are improved include mental, social, and emotional skills. I believe that in the future, video games are going to be brought into places such as classrooms. Due to the many benefits video games have to offer, I believe schools will give students the opportunity to enjoy a more entertaining learning experience. Although video games may sometimes be seen as negative, they are proven to be a good and safe way to have fun and to improve mental sharpness and many other important skills. 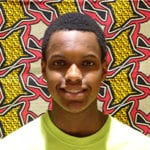