US Military’s Effect on Afghanistan’s Economy

Afghanistan has one of the most depressed economies in the world today as half of its population is facing hunger due to the shortage of supplies of food and money; “Afghanistan still has one of the smallest formal economies on the planet.” (Sabga, 2021). After 9/11, the US started bombing Afghanistan under George Bush’s presidency. Initially, US troops invaded Afghanistan to target Al-Qaeda and find Osama bin Laden (leader of AL-Qaeda). Al-Qaeda was the group behind the 2001 attacks; many members trained with the Taliban in Afghanistan. This attack led to 20 years of war between the Afghan Taliban and the US. Within the two decades, citizens of Afghanistan were victims of this brutal war, always caught in the middle of the heat between the Taliban, the US, and Warlords abusing money. Warlords had the duty of providing Afghanis with resources/food through foreign investments. Afghanis suffered and dealt with severe poverty and Afghanistan’s economy was crashing. American occupation created a dependent economy in Afghanistan by donating barely enough money for citizens to survive.

Economic growth took place during the war between the Taliban and the United States because of foreign aid. Before the US fought against the Taliban, Afghanistan’s economy was suffering from past wars; “Afghan per capita gross domestic product rose from $21.80 in 2002 to $647 in 2018—a nearly 3,000 percent increase.” (USAID, 2021) In 2002, Afghan’s economic output was $21.80 per person. A dramatic increase in the economy took place as more goods were bought due to foreign aid and people had an increase in income. Some of this economic trade harmed the economy, “After US forces drove the Taliban from power in 2001, Afghanistan cemented its place as the leading global supplier of opium and heroin” (Sabga, 2021) There was illicit growth as well as formal economic growth. This kind of economy was not healthy for the citizens making Afghanistan more of a dependent economy. A lot of the “foreign aid” received was given to Warlords using the drug economy for their personal benefit. In order to keep the country functioning, “foreign aid accounted for around 45 percent of the country’s G.D.P. and funded 75 percent of the government’s budget, including health and education services.” (Goldbaum, 2021) Health and education services as well as the government’s budget are mostly reliant and thriving off of other countries’ help.

Economic growth declined during the war, “Instead of a nation, what we really built were more than 500 military bases — and the personal fortunes of the people who supplied them.” (Stockman 2021) Instead of helping build a strong nation of Afghanistan, fortunes were made off the war. The ordinary citizens of Afghanistan continued to suffer from impoverishment and “[o]nly about 12 percent of U.S. reconstruction assistance given to Afghanistan between 2002 and 2021 actually went to the Afghan government.” (Stockman 2021) This makes you question where the rest of the money went. If all this money was meant to reconstruct Afghanistan, it doesn’t make sense to only give 12% to the government; “Afghanistan still has one of the smallest formal economies on the planet. Last year, President Ashraf Ghani said 90 percent of the population was living on less than $2 a day.” (Sabga, 2021) It gives a sense of how people were living, almost everyone was experiencing poverty. The population was in serious need of assistance.

As the war ended, the economy of Afghanistan is predicted to go downhill, “But after the Taliban seized power, the Biden administration froze the country’s $9.5 billion in foreign reserves and stopped sending the shipments of U.S. dollars upon which Afghanistan’s central bank relied.” (Goldbaum 2021) Afghanistan is in desperate need of the money that Biden froze. This goes to show how the US is harming Afghanistan. “We didn’t topple the Taliban. We paid warlords bags of cash to do it.” (Stockman 2021) The US handled the Taliban in an interesting way by paying Warlords to take care of the Taliban. “President Ashraf Ghani has fled the country and the Taliban are taking selfies behind his desk. This is what a $2 trillion investment has yielded for the US: a chaotic, humiliating end to a 20-year war.” (Sabga, 2021) Afghanistan’s Presidents fled the country, the one who is supposed to keep everything in control for the people is gone. The Taliban rule has gotten significantly worse as they are doing whatever they want.

Afghanistan’s economy did grow during the US occupation from 2002-2020 “[o]ver two decades, the U.S. government spent $145 billion on reconstruction and aid and an additional $837 billion on war fighting, in a country where the G.D.P. hovered between $4 billion and $20 billion per year.” (Stockman 2021) The US government invested a great amount of money for aid. “Back in 2001, Afghanistan’s economy lay in ruins due to more than two decades of war that predated the US-led invasion in October of that year.” (Sabga, 2021) The situation used to be way worse before the US came along; “The pay was modest — a couple dollars a day — but enough to buy food for their families and pay other small bills. These days, though, the men stay at the square until sunset hoping for even one day of work a week.” (Goldbaum, 2021) During the US occupation, there was enough money to survive on. Now that we are gone, one day of work a week becomes rare.

Money that came onto Afghanistan didn’t benefit the citizens. Gul Agha Sherzai is known to be a big-time warlord-turned-governor. He “has raked in since he helped the C.I.A. run the Taliban out of town.” His net worth isn’t public but Gul Agha Sherzai was known to “talk about a $40,000 shopping spree in Germany as if he were spending pocket change.” (Stockman, 2021) Imagine the amount of money being kept from people in need. It is unsettling that warlords had that power, “As the nation-building project got underway, those warlords were transformed into governors, generals and members of Parliament, and the cash payments kept flowing.” (Stockman, 2021) The ones in charge of the money and stopping the Taliban made money through war. On top of that, some were promoted to official positions. This was not a safe situation for the citizens because these high-ranked officials got paid because of war. If they wanted to keep the cash flowing, the war would have to continue. As we know very little US money went to the Afghan Government while “[m]uch of the rest went to companies like the Louis Berger Group, a New Jersey-based construction firm that got a $1.4 billion contract to build schools, clinics and roads. Even after it got caught bribing officials and systematically overbilling taxpayers, the contracts kept coming.” (Stockman 2021) There were scandals with these companies and they were still encouraged. This money wasn’t being used for the people.

In order to better the economy, the US should make direct payments to local citizens for shelters, food, and clothing. The government should avoid giving aid to warlords and make donations themselves. This is the least we can do after leaving Afghanistan unprotected and in a vulnerable position with the Taliban taking over. Throughout the war, we saw the economy increase and decrease. Ironically, local Afghani citizens barely profited from financial aid when the economy was clearly doing better. However, most heavily relied on it making the economy vulnerable and heavily dependent. 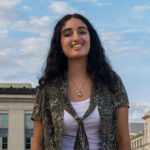