Hello, my name is Cristian Cardona, and I am a sophomore at Banneker High School! Foreign Policy is often overlooked in politics, and we have to address the cases where we are hurting rather than helping. As an American citizen and a person with political aspirations, I want to see change, especially in our international affairs, where we avoid any reckless decisions that shows how we are detrimental to the global community.

Did you know that American-made weapons have contributed to more than 100,000 deaths in Yemen (The Guardian). Are you aware that 80% of the population needs humanitarian aid (PBS)?  The U.S Government should implement H.R. 7080, a bill that gives congressional oversight of all arms deals, in order to stop the humanitarian crisis in Yemen which minimizes global tensions and abates the violation of human rights.

The U.S. Government should pass H.R. 7080 in order to decrease global tension. According to the Nation, “the emboldened Saudi leadership now sees itself aligned with Washington against Iran, with such a large influx of US. weapons”. The U.S. connection to the Yemen Civil War is by arms sales to Saudi Arabia has given the Saudi government hope that we will back their malicious practices, even if it puts millions of lives of Yemeni men, women, and children at stake. This motivates belligerent states to take advantage of the U.S. through manipulation of diplomacy. It’s really sad to even hear that  “U.S. weapons had been used to bomb a school bus full of children.”

The U.S. should pass H.R. 7080 in order to decrease the violation of human rights. “The war has pushed much of Yemen to the brink of starvation, with more than 17 million people facing famine” (Time). The natives of Yemen are being impacted tremendously, and the decrease of arms sales to Saudi Arabia would “empirically cause a diminishing of the violation of human rights” (CATO).

The opposition would support the idea of not passing H.R. 7080  because it hurts potential U.S. defense revenue. However, “America’s top defense firms will have limited risks, with 2%”, in their dealings with Saudi Arabia if we put some restrictions (CNBC). The economic issue is forfeit, as certain industries won’t be impacted drastically.

I urge you all to promote this bill to everyone and anyone. Call your politicians to know your views on not just this matter, but in the political issues you also care about. With the implementation of H.R. 7080, we will truly achieve a world that is much more peaceful, since the house resolution would decrease global tensions and eliminate the violation of human rights in Yemen. 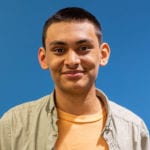