The Voice of the People

Did you know that 62% of Americans want to abolish the Electoral College (Matthews 2016)? The Electoral College is not a place! It is a body of people representing the states of the U.S. who formally cast votes for the election of the president and vice president. Every state gets one electoral vote for each member of its delegation to the House of Representatives and each state also gets two “bonus” electors representing its two senators. Our founding fathers designed the Electoral College to create a buffer between population and the selection of a president. It also gives more power to the smaller states than they would have otherwise. How do we call this a democracy if presidents have been elected, but the outcome didn’t represent what the citizens really wanted? The Electoral College is not an accurate representation of the people’s voice, so it should be abolished.

The people’s voice must be heard if we are to call this nation a democracy! According to an article written by procon.org, the Electoral College is made up of only 538 people, but there are over 300 million people in America (ProCon 2016)! This demonstrates why it is so important that we abolish this archaic system because, by this design, way less than half of the population represents everyone’s choice. The results of presidential elections should reflect what the majority of the citizens want, not what 538 people want. According to an article in the Huffington Post, electors chosen don’t even have to vote for the party their loyalty is to (Lewis 2016). While electors are generally extremely loyal to the party they align with, they don’t have to vote in favor of the people. Electors have the opportunity to vote against the will of the people. It is vital that we eliminate the Electoral College because electors can simply choose the candidate they favor, rather than truly representing America’s choice.

The Electoral College gives most of its power to the “swing states.” Swing states are states where the two major political parties have similar levels of support among voters. They are important in determining the overall result of a presidential election. For instance, “The Washington Post found that swing states Florida, Virginia and Ohio have received more combined advertising dollars than all other 47 states combined” (Townsend 2012). This shows that swing states get the most attention during campaigning, so really, the power is up to them. According to the Huffington Post, “In 48 states, a presidential candidate can win 50.01% of the popular vote in a state, yet receive 100% of the electoral votes from that state” (Lewis 2016). This is because you are not casting a direct vote for President. In 48 states, plus the District of Columbia, the citizen’s majority vote determines which candidate will receive all of the electoral votes from their state. Votes from swing states are marginally more significant than the vote of an individual in a state that usually sticks to one party. This shows that the Electoral College is a system with unfair balances and should therefore be abolished.

On the other hand, if the popular vote was chosen, it would be horrible if there was a recount. There are millions of American citizens, but only a selected team to manage elections. Of course, a tie in the number of popular votes in a national election in which tens of millions of votes are cast is even more unlikely, but if there were a recount in a state, it would cause a lot of conflict. An article from Smart Asset states “If one state has voting issues, you can just do a recount in that state rather than creating national upheaval. And to win, a candidate must garner the support of voters in a variety of regions. That means whoever wins the presidency must build a truly national coalition” (Josephson 2016). Although it would be a lot of work to recount the popular vote, the people need to be heard. It would be worth the time if we are ensuring that there is an equal chance for every party.

Although the Electoral College was created before I was even thought of, it is the process that determines the incoming president of the United States. The U.S. President has the opportunity to impact my life, both directly and indirectly. This connects to me because although the United States is a democracy and citizens vote, we don’t necessarily choose the president. There have been five times where the popular vote lost the election due to the Electoral College. I will be able to vote for the next election, but I will not be able to help choose the next president. The Electoral College has discouraged a lot of people to vote, because they feel there is no point. In our democracy, everyone should be heard.

The Electoral College is not a great voice of the people. Kevin Bleyer said “No one likes the Electoral College, except perhaps those who were elected because of it. No one likes gerrymandering, except those doing the gerrymandering. No one likes the filibuster, except those doing the filibustering” (Bleyer). The five candidates of the popular vote, if in office, could have made a big impact on the world that still benefits me today. If we select electors, who knows if they’ll be loyal? The Electoral College members represent a small percentage of citizens who are of wealth, so the popular vote should be chosen because it is directly from the people. 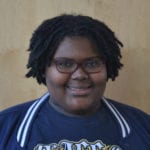