The Unfairness Black and Poor People Deal With

In the first two months of 2021, 132 civilians have been shot, 16 of whom were black. In 2020, shootings among black Americans were much higher than those among any other race, standing at 35 fatal shootings. Police officers need to stop harming people because it is a direct violation of human rights. Black people deal with this the most and are less inclined to trust the police because of it. The police force needs to be shut down to end police brutality like the death of Breonna Taylor, a black medical worker who was shot and killed by Louisville police officers during a raid. This could be me or any black person. Police need to be held responsible for what they did and the consequences of their actions. The evidence should decide their fate.

African American drivers are pulled over more often than white drivers. According to the American Civil Liberties Union, this is because it is assumed that they are more likely to be drug users and traffickers. But it has been proven that this assumption is untrue because in the US statistics have always indicated that Caucasians are more involved in drug use than African Americans. This shows that the police do not care about black people’s rights and do things that make black people not trust in the police force. Shutting down the police will stop this.

Black Americans are killed by police much more often than white Americans. A total of 58 civilians have been shot, 7 of whom were black, in the first month of 2021. The rate of fatal police shootings among black Americans was much higher than that of any other race, standing at 34 fatal shootings of the population as of January 2021. This proves that black people deal with more discrimination than other races. The police force should be shut down to prevent this discrimination and murder.

Some say police brutality happens mostly to black people because they commit more crimes than other races. They argue in comments like this one on Channel 4’s website that, “it is important to note that black men commit nearly half of all murders in this country. So given this fact, doesn’t it make sense that black men are disproportionately involved in shootings with the police?” However, Channel 4 News goes on to debunk this claim saying, “But it shouldn’t allow them to shoot and kill us. Police needlessly kill black and brown people using force not necessary for the situation they are in. Some police officers still see black men as threats to brutalize, to contain, to remand.” They stereotyped black people as monsters who turn to violence and death. The solution to this problem is that the police force needs to shut down in order to stop killing black people.

The police look at black people and assume that they must be up to something illegal even though this has been proven untrue. Police brutality is a cycle that needs to stop. It has led to a lot of hate. The police force needs to be shut down to end the stereotyping of black people that leads to police brutality and murder. 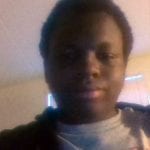