The police have been invading the privacy of citizens for years. Invasion of privacy is defined as the intrusion into the personal life of another, without just cause. A search or seizure that violates the Fourth Amendment will allow you to sue the police under the Civil Rights Act.

Since the September 11th attacks, police have been using various surveillance software to track citizens. I have always thought officers are just trying to protect us. However, the police officers have been invading privacy of citizens through illegal home and business searches and electronic surveillance. This equates to an infringement of personal liberty or property rights. This sometimes results in citizens being arrested for crimes that they did not commit. In order to stop people from being accused of crimes they didn’t commit, the government must restrict police access unless they have a warrant or probable cause to gain access to personal emails, homes, businesses and government databases. This topic is important to me because we hear about police brutality on the news but never hear about the behind the scene things police do that impact citizens and their rights.

Police departments use government databases and unregulated software to spy on law-abiding citizens and keep tabs on criminals. The article, “Half of U.S. Adults Recorded in Police Facial Recognition Databases” states that, “law enforcement officers across the U.S. scan photos and use unregulated software to track law-abiding citizens in government databases” (Levin). Clearly, the police are invading the rights of citizens. The article also states that “Numerous major police departments have ‘real-time face recognition’ technology that allows surveillance cameras to scan the faces of pedestrians walking down the street…” (Levin). This quote explains how many cameras there are all around us just sitting and spying. It is unlawful for police to intrude into the lives of citizens in this way. This threatens the constitutional rights as you just stroll through your neighborhood, therefore, citizens must demand the restriction of police access.

Regulations should apply to police access to personal emails and hacking computers. The exception should only apply in the case of an investigation where there is just cause. In the text “Right to Privacy: Constitutional Right and Privacy Laws” it states “But the social networks have come under fire for working with third parties who market the data to law enforcement” (Dwoskin). This means that the police can buy your personal information without a warrant and use it against you. “The right to privacy refers to the concept that one’s personal information is protected from public scrutiny” (Sharp). Therefore, we should go to the government and restrict much of the access that the police have to spy on citizens.

On the other hand, some people may think if the police cannot track the emails they might not be able to obtain evidence needed to solve a crime. However, it is also a crime to threaten the constitutional rights of citizens by spying on them. Although citizens are aware of the data collection by the government, there are still concerns to the usage of the data and the compliance to the rights to privacy. We have had regulations that have been enforced in other areas. For example, the Health Information Portability and Accountability Act (HIPAA) protects a person’s health information, and the Federal Trade Commission (FTC) enforces the right to privacy in various policies and statements. Now we need to enforce these regulations on technology.

In conclusion, invasion of privacy is considered to be a tort. A tort is defined as a wrongful act that causes injury or loss to someone resulting in legal responsibility for a wrongful act. There are many types of invasion of privacy. Examples include deception (in some states), violation of confidentiality, intrusion and many other types. Unjustifiable intrusion into personal information without consent violates the rights of citizens. Police departments have continued to access personal data in an effort to solve cases. The U.S. Supreme Court has issued decisions stating that there is a limited constitutional right to privacy. The right to privacy is protected by statutory law. Overall, the invasion of privacy is wrong and an awful thing for the officers to do. 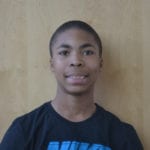