The Price of Happiness

According to a popular credit card company, there are some things money can’t buy. Love, common sense, and talent to name a few. Many people want a bit of extra cash to throw around, so they could quit their job and relax – I know I would. But psychologists and economists who have studied the relationship between money and happiness paint a slightly different picture. Many studies, in fact, contradict each other, proving that wealth and happiness have a complex relationship with each other.

According to Kahneman, who shared the 2002 Nobel Prize for applying the principles of psychology to economics, money can cause temporary happiness, but that happiness eventually fades. “When someone reflects on how additional income would change their well-being, they are probably tempted to think about spending more time watching a large-screen TV or playing golf,” Kahneman observed.

However, Kahneman says, in reality, increases in income have a relatively brief effect on emotional well-being beyond a certain point.  In a study of over 450,000 daily responses of over 1,000 randomly chosen Americans, income did not drastically affect people’s happiness on a day-to-day basis. Other factors like temperament and life circumstances, such as health or relationships can have a greater impact on emotional well-being than having tons of money.

Researchers and psychologists have long been interested in the question of money buying happiness. And there are some mixed findings. Overall life satisfaction does tend to increase as a nation’s per-capita income rises, but that does not necessarily equate to happiness on a day-to-day scale. In the US, there is little increase in life satisfaction once per-capita income goes above $75,000 a year. On the other hand, life satisfaction tends to drop below $75,000 income per year. This fact shows that it can be difficult to feel secure and stable in your life, if you are unsure if you can pay rent, bills, and support your family. These happiness studies have also been conducted in other countries besides America. It was shown that when countries experience a sudden increase in income, there is not always a corresponding increase in citizens’ sense of well-being.

Psychological studies show that the wealthier people are, the more intense negative emotions they experience. These studies do not link wealth with greater experienced happiness. Focusing on the illusion that money makes you happy may have an unexpected side effect. In fact, wealth may make your life worse. A new survey from Spectrum Group finds that only 20 percent of affluent and wealthy investors agree that “money can buy happiness.” However, nearly half disagree with the statement and the rest didn’t agree or disagree.

Fame and fortune is often a goal that people have when they think of happiness. But fame is not quite as great as it seems. Singer Rihanna says fame has made her feel lonely and unhappy. She said: “Fame is lonely. At first, I was on an adrenaline high – this is my dream. I’m actually doing it, it didn’t faze me that I was alone, that I wasn’t with the people I love. But after a while it gets repetitive and that is when you think, ‘Oh wow, I am sitting in a hotel room once again, just me and the television. When you are in the spotlight, people are like, ‘What do you have to worry about?’ They forget that the success is one great aspect of your life, but behind that there are problems, there are dark sides, there is loneliness and unhappiness.”

In contrast, what person doesn’t feel a surge of positive emotions upon finding a $20 bill on the sidewalk? Studies have shown that having your basic needs taken care of and a little extra money can have the average Joe overjoyed. So money can buy happiness sure, but only up to a point. Once basic needs are taken care of, extra money has diminishing (or non-existent) returns. Spending it on yourself may not do much for your spirits, but spending it on others will make you happier, according to a report from a team of social psychologists in the new issue of Science. If you noticed, many wealthy celebrities spend money on different charities. Restoring the Shore, Education for Africa, Haiti Needs Your Help, and Holocaust Survivor Charity are some of the worldwide charities that the wealthy contribute to. The wealthy don’t help out for the fame or publicity of the events but for the good warm feeling of accomplishment you feel inside.

Although studies show that giving to others increases happiness, not everyone is kind at heart. A new study in Psychological Science this month found that trying to get Americans to think and act kind failed and may even decrease motivation to do good deeds. Many Americans are less motivated to do something challenging if it benefits the common good even though it could increase their happiness. If you need an average American to do something, don’t mention the common good, team work, or caring for others. So in conclusion, money doesn’t buy happiness unless you spend it on others, but many people lack the encouragement enough to actually spend it on others.

If I had loads money, I would be temporarily happy. I would buy nice clothes, a new house, pay off all my mother’s financial burdens, and try to travel the world. The riches wouldn’t affect me, though, over a period of time. I wouldn’t want much after my needs and wants are taken care of and I don’t think I would want material things either, I would want to be with my family and friends more. My grandmother always says that she doesn’t need a million dollars to be happy. As long as she has us, and lives long enough to see her great grandchildren, she will be happy. If I couldn’t use money to give some to charity, and to provide support and love to family and friends, it wouldn’t have any value to me. Family and friends will always be more important than money when it comes to happiness. 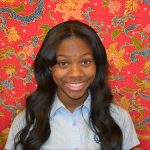