The Dangers of Gender-Specific Advertising

Have you ever walked down the toy aisle of a large department store and noticed the great amount of disparity between toys meant for girls and boys? The difference between the pretty, delicate, pink features of girls’ toys and the rough-and-tumble, destructive blue toys made with boys in mind is jarring, but the connotations of toy segregation are even more so. As a younger kid, I too looked at the daunting divide between the pink babydolls that girls on television were always playing with and the cool, blue and black action figures, robots and building sets geared towards boys. I was never a fan of the color pink, or the plastic groceries or babydolls, but I also felt alienated by the commercials that only showed boys playing with the toys that I thought were fun. The only time there were ever girls in commercials for “boys’ toys” was when they were running away from the “gross” robotic bugs or chemistry-set slime, making me feel like I shouldn’t like those things either. Yes, it is true that gender stereotypes and gender segregation still exist, even in products and advertisements directed at children, but this does not make it okay. Gendered advertising towards children needs to be stopped since it puts pressure on families to fill society’s rigid gender binary, it limits children’s future occupational opportunities, and despite this, it is only becoming more common. This problem can be fixed though: toy advertisements portraying children of all genders playing with all toys can be the first step towards eradicating the toxic gender norms that are so prevalent in our society.

First of all, gendered differences in children’s toys and advertising geared towards children put an increasing amount of pressure on those children, and their families, to adhere rigidly to the gender binary. According to Melissa Atkins Wardy, “When all of the marketing consistently revolves around gender, it teaches our kids to look at the opposite sex as a different species, because in order to market gendered toys, you have to point out the difference and not the similarities” (qtd. in Ahmed). When people look at these differences between the sexes and assign particular gender roles to each, they are essentially compartmentalizing a broad spectrum of people into two, totally arbitrary categories. As Jo Jower, a spokesperson for the Let Toys Be Toys campaign says, “If you decide as a parent or business that girls are only interested in pink and glitter and domesticity, you are basically excluding a group of girls who aren’t into that and also sending a message to boys that they can’t like those things either” (qtd. in Shearman). This binary system also wouldn’t exist to this same extent if “girly” things weren’t so heavily stigmatized, with parents often being especially concerned with boy’s conformity because “the social costs for boys who transgress into the “pink” zone are especially high in a homophobic culture” (Sweet). We could alleviate some of this stigma if girls and boys were both shown playing with the pink toys (or blue toys), as it would normalize boys behaving in a traditionally more feminine manner and vice versa. It would also lessen the disdain our society tends to have for femininity. Doing this could eventually get us to a point where a whole generation of children can grow up without being taught that feminine and masculine traits are mutually exclusive.

The great gender divide in the toy market is also troubling because it leads children to have differing job opportunities later in life. According to Megan Fulcher, an associate professor of psychology at Washington and Lee University, “play with masculine toys is associated with large motor development and spatial skills and play with feminine toys is associated with fine motor development, language development and social skills” (qtd. in Robb). This means that boys and girls will likely go into jobs requiring different skill sets, as that is what they will understand based on the skills that they practiced as children. An example of this can be seen in “Goldieblox: Engineering Toy for Girls ‘Not that Radical’” when Lisa Wade, the chair of sociology at Occidental College, notes that boys are “better at mental rotation,” (qtd. in Hayoun). Hayoun comments that this, “helps them get engineering jobs later on…[although] it is not a biological advantage but “practice” that puts them ahead of the curve” (Hayoun). Since boys are encouraged to play sports and video games at a higher rate than girls, they have the upper hand when it comes to these professions, enforcing existing gender stereotypes beyond childhood.

Despite recent evidence that supports the claim that gendered advertising continues to be a problem, there are some people who still think that gender disparities in children’s toys no longer exist. According to Al Jazeera America, Ken Seiter of the Toy Industry Association (TIA) feels that there are in fact many toys on the market that are gender neutral, specifically bringing up examples like LEGO friends and GoldieBlox that “have been very successful” (qtd. in Ahmed). However, these toys are still hyper-feminine, so they aren’t really that revolutionary; all they are teaching young girls to do is “model what boys do, but not break with femininity” (Hayoun). To some, these almost gender-equating toys may seem like a huge breakthrough; however, in Sears catalogs from the 1970s, “nearly 70 percent [of toys] showed no markings of gender whatsoever,” whereas these days, “finding a toy that is not marketed either explicitly or subtly (through use of color, for example) by gender has become incredibly difficult” (Sweet). In fact, there has been “a 25 percent drop in the number of young girls who played with toys traditionally marketed to boys” in just one generation (Hayoun). This means that despite some people’s assumptions that with more modern times comes more modern thinking regarding gender, that is not necessarily the case when it comes to the children. This is why it’s more important than ever that we make steps towards combating gender inequality in the toy section, before we backpedal so much that there is no way of changing the harmful gender norms embedded in our society.

Despite all these issues, there is some good news; gendered differences between children are oftentimes learned, not innate. A 2011 study done by Vanessa LoBue and Judy DeLoache found that “It was around the age of two that girls began to select the pink toy more often than the blue one; at two and a half, the preference for pink became even more pronounced. Boys developed an aversion to the pink toy along the same timeline” (qtd. in Robb). Before kids are socialized, they have similar preferences; however, with outside influences, like the way that toys are advertised to them, they become forced into the rigid gender binary that can greatly limit their opportunities in the future and make things as mundane as toys feel like unsafe ground for children who have interests outside of the binary and heterosexist norm. But because these gender differences are not innate, an end to exploiting these perceived differences in toy advertisements could be a huge step towards abolishing gender inequality and the aforementioned gender binary. Steps like having all children play with all types of toys in ads — so as not to associate certain traits with one specific gender — and removing labels like “boys’ toys” and “girls’ toys” as well as gendered distinctions in color (blue for boys and pink for girls) from the toy aisles in stores could go a long way towards ungendering toys and ending the gender stereotyping and segregation that can be so problematic for the future of today’s children. 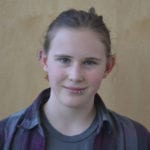