Over the years, I have lost many friends and nearly lost family members because of gang violence. I have been to a few funerals of friends who were shot and killed simply because of where they live. Some of my others friends have been shot, but thankfully survived. Gang violence has an especially big impact on Washington, DC. Young African Americans today are dying because of where they live or what hood they claim they are from. People should feel safe walking around their city. Young people shouldn’t have to fear losing their life when they leave their home.

Young African Americans today should not be fighting because of the neighborhood they live in or claim they are from. It is a shame that people are fighting because of the people they hang with. Young criminals are also robbing others for things that they cannot afford themselves. Some people today are even dying over shoes. People are killing each other for shoes that the owners worked hard for. They did not spend the money on the shoes just for somebody to rob them. People should be able to go places to have fun, not to fight others.

Instead of gangs, young male African Americans today need to be focusing on going to college, or growing up and doing something productive and positive with their life. Some African American males need to start choosing the right people to hang around; people who want to see you do well in life, not bring you down because they don’t want to do anything with their life. Sometimes good people don’t realize what they are getting themselves into until it is too late. Often, teens make bad decisions because they lack role models or are peer pressured to engage in illegal or dangerous activities.

Guns in the U.S. cause the deaths of 12 people each day. The overall firearm related crime or death rate of American children under the age of 15 is nearly 12 times higher than of children in 25 other countries combined. Most murders in the U.S. are committed with firearms. In 2005, 477,040 people were victims of a crime committed by firearms. 11,346 people died as a result of the firearm violence. Gun related homicides have slightly increased each year since 2002. The percentage of gun related homicides that were caused by firearms during the commission of a felony rose from about 60% to 77% from 1976 to 2005.

Gang violence is the reason much violent crime happens. There are consequences to every poor decision people make and unfortunately death can be one of them. People shouldn’t commit crimes just to get what they want. They should work hard to get what they want like other people that are working hard to get the things that you are robbing them for.  Males, especially African Americans, are often the ones committing crimes and involved in gang violence, because some of them made poor decisions earlier in their lives. Approximately 31% of African Americans are in a gang. This statistic remains steady over the years even if it rises or decreases a little. 772,500 people are in a gang in the United States. More than 24,500 gangs are active in the United States. A lot of young African American males are not living to see the age of 21 in this generation because of gang violence. A numerous number of African Americans males have died in 2012 alone due to gang violence. Other races around the world are probably thinking that African Americans are bad people because of what they see on TV or what they hear on the news. But not all people act the same way. A lot of people around the world stereotype black people in bad ways.

Teens can put a stop to all this violence going on around the United States. Youth violence can decrease a lot, if young males and females start to get along better. People shouldn’t dislike other people because of the neighborhood they’re from. Don’t listen to negative influences, such as people that dropped out of school because a friend did it or because they thought the work was too challenging. Young African Americans need to be around those that want to see them do well and succeed later on in life. Some ideas to achieve this include playing team sports and joining after-school clubs. More schools can start asking children what types of after-school activities they like to do because not all schools have the activities that most students like. If schools create more after school activities that teens are interested in, teen may stay off the streets and away from making bad decisions. African American males, in particular, need to prove to people that have negative views about our community that they are wrong. We need to show them that people all want the same things out of life. More urban youth need to go to college and get good jobs afterward. I hope that teens are all able to grow up and be great role models because a lot of people are not able to do the things you are able to do. Some people never get a chance to go to college, because they get off track in school, join gangs, and some sadly die from violence at a very young age.

You only live once, so it’s important to embrace your life and live it to the fullest in an honest and moral way. African Americans today need to increase the peace and stop the violence. Young males are committing crimes for no reasons and they are uncalled for. Everybody should at least get a good education in life. Some people committing crimes have the potential to go very far in life but they pick the wrong path because of their friends or problems going on at home. There should be a lot more activities at schools for the students so they can stay out of trouble and stay on the right track. I don’t want any of my friends, family members, or anybody to be part of those statistics on violence. I want to be a part of the statistics about young African American males going to college and doing good with my life. 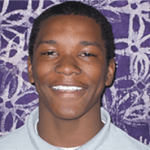