I know that I am lucky to be a girl in the United States, especially when menstruation is concerned. I have access to everything I need to manage my menstrual health and hygiene. However, girls and women are marginalized by the fact that feminine hygiene products are subject to the luxury tax. The tax makes me feel as though I am inadequate, and my needs are far less important than men’s. Women are forced to pay thousands of dollars for something completely out of their control and on top of that, the luxury tax proves that sexism still exists in our country. The luxury tax on tampons essentially taxes women for their periods. Feminine hygiene products are not luxury items, they are basic human necessities. Not only is it sexist but it is also classist; the tampon tax must be removed to help improve the lives of millions of women in the US.

One reason that I believe the tampon tax should be removed is that it is sexist. For example, ‘The Tampon Tax Proves That Sexism Still Exists’ states that “If items such as chapstick, sunscreen, shampoo, Rogaine, and in some states Viagra, are exempt from extra charges, it shouldn’t be a question of whether tampons qualify” (LeBlanc). This proves that feminine hygiene meets and possibly exceeds the expectations of what is considered a necessity. It should be no question as to whether or not tampons fit into this category. Chapstick may be important but it does not fall close to the importance of feminine hygiene products. For this reason, I would argue that feminine hygiene products should be considered a necessity, not a luxury. The simple fact that only women need hygiene products shows that sexism still exists in our country.

The tampon tax also raises the issue of classism. Some women do not think twice about spending at least $7 a month, but for others it is a constant struggle. The expense of tampons and other feminine hygiene products is extremely difficult for many women living in poverty to afford. The money adds up and the luxury tax contributes to this. According to groundswell.org, “Each woman spends approximately $5,600 on her period over her lifetime” (Schumacher). This is thousands of dollars women are forced to spend despite the fact that a large amount of the population cannot afford it. It is a burden on all women, especially the ones in poor financial situations. In addition to these reasons, making tampons and other feminine care products more affordable by cutting the tax could potentially save many lives and prevent illnesses. Time.com states that “The price of poor menstrual hygiene can be devastating, even deadly. It is linked to high rates of cervical cancer in India; in developing countries, infections caused by use of filthy, unwashed rags are rampant. Here at home, women who are homeless or incarcerated face similar risks when they can’t access or afford sanitary products. Women have even been known to trade food stamps for tampons” (Weiss­Wolf). Although the tampon tax may not seem like a life or death situation, the struggle to afford feminine care is just that.

Some may argue that the tampon tax outrage is blown out of proportion because the tax does not significantly affect anyone financially. However, it may not be a very significant amount of money per purchase, but it does add up. The cost of it is only one of many reasons the tampon tax is wrong. The fact that it is sexist should be reason enough to get rid of it. Only women have to pay for it, which proves that the tampon tax is contributing to the larger issue of sexism.

In conclusion, it may just be a tax, but it is essentially taxing women for being women. The sexism and classism within the tampon tax proves that there is something wrong with it. Only women must buy them, and it is even worse for those living in poverty. We must end these issues our country faces, as well as the world, and removing the tampon tax is one step towards that. 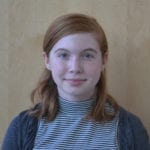