An article from the LA Times states that a police officer “who was white, yanked the student, who was black” (Pierce) from her seat who was sitting in her seat. It is unclear why he yanked her, but he was twice her size and he didn’t have to yank her the way he did. He could have hurt her. I think that he used physical force on her because he was trying to prove to all the students in the class that he has power or control over her because he is a police officer. I think that he was abusing his power of being a police officer. Therefore, I believe that if he was wearing a body camera with a microphone, it would have been recorded and it would have given us an explanation of why he yanked her the way that he did. I think that if the police officer were made to wear a body camera he would not have treated her the way he did because he would have known that he would get in trouble for his actions.

Furthermore, I think that all police officers should wear body cameras to show what is really going on in our community and why they are acting the way that they are towards black people. An article from Stateline.org states “the cameras would be worn and record video when officers are patrolling” (Grovum). Police should wear cameras because a lot of police brutality is happening to black people and incidents should be recorded to show what really happened. If the police wear the body cameras it will allow for people to see what happened and it would be easier to punish the police for their actions. In addition, PoliceOne states “Davis said the presence of body cameras ‘compels, enhances and encourages civility’ and there will be consequences for officers who misuse the cameras” (“Baltimore Police”). I think that if they are made to wear cameras they would not do some of the things that they do because they know they can get fired, locked up, or even hurt for treating people badly for no reason. 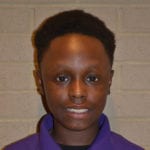