Sexualization of Women in Media

Many women have experiences with being sexualized throughout their lives, and for some it began at a very early age. The sexualization of women has in fact been normalized in society, with examples such as the Japanese schoolgirl trope, infantilization, and young girls wanting to “grow up” when it comes to sexual maturity. Teenagers are no exception, and we see the prime examples of Billie Eilish and Britney Spears being sexualized at the beginning of their careers. This in itself is harmful enough, but sexualization of women in the media also contributes to rape culture, increases negative effects in mental health, and makes women less likely to report sexual violence. To combat this, school officials should teach young children about the harmful effects of sexualization by mandating that it be discussed in sex ed classes.

One major effect of female sexualization is that it contributes to rape culture. According to Marshall.edu, “Rape culture is an environment in which rape is prevalent and in which sexual violence against women is normalized and excused in the media and popular culture. Rape culture is perpetuated through the use of misogynistic language, the objectification of women’s bodies, and the glamorization of sexual violence, thereby creating a society that disregards women’s rights and safety.” Brandon University expands on the definition of rape culture by stating, “Rape culture includes jokes, TV, music, advertising, legal jargon, law, words and imagery, that make violence against women and sexual coercion seem so normal that people believe that rape is inevitable.” In other words, displaying these images and words in the media normalizes and excuses sexual violence towards women.

Sexualization of women in the media also leads to negative effects on mental health. According to The American Psychological Association, “sexualization has negative effects in a variety of domains, including cognitive functioning, physical and mental health, and healthy sexual development.” Sheppard explains, “When girls are exposed to numerous unrealistic media portrayals of girls their age, this can easily lead to internal conflict, confusion, and/or self-loathing.” Clearly, seeing girls sexualized in the media can lead to internal conflicts in viewers. Sheppard also goes on to say, “The ongoing sexualization of young girls is perpetuating gender stereotypes and leading many girls to experience various health and mental health issues. Some of the most common include low self-esteem, anxiety, eating disorders, depression, self-harm, and suicidal thoughts.”

Some people would say that individual women are at fault for the violence they experience. The classic example is when the victim is blamed for attracting attention from an abuser by wearing revealing clothing. Morin explains, “Of course, there are many ways people either outright blame victims or subtly imply they must have provoked the predator (or not tried hard enough to make it stop).” And Taub explains that many people think rape is a “problem to be solved through improving the behavior of potential rape victims (who are presumed, in this logic, to be women), rather than improving the behavior of potential rapists (who are presumed to be men).” In other words, society makes it so that the victim or potential victim changes their behavior to avoid becoming another victim of sexual violence, instead of potential perpetrators taking responsibility. However, it is because of the societal norms that were put in place that made people think this way. As UNICEF USA says, “Advertisements can set the gauge for what a culture considers normal. When the media reinforces power dynamics that degrade and harm women and make gender-based violence seem trivial, it reduces the likelihood that acts of violence against girls and women — especially acts of sexual violence — will be reported.” We see this play out in DC, where the statistic of reported sexual violence is low. Yet according to the D.C. Policy Center, “More than three-quarters of sexual assaults are not reported to the police, often due to fear of retaliation or belief that police will not believe them.” And according to the Metropolitan Police department, “Most victims of rape do not report to the police, [and] the reason for not reporting is as follows: 23.3% personal matter; fear of reprisal 16.3%; fear of police bias 5.8%.” This shows that women who have been victims of sexual violence are afraid of reporting it because of the stigmas that exist surrounding it. It seems very likely that the sexualization of women in the media is at least partly to blame.

Rape culture, negative effects in mental health, and suppressed reports of sexual violence are all directly affected by sexualized portrayals of women in media. In response, school officials should take the steps to educate children about the harmful effects that the sexualization of women causes. This can be done by including the discussion of the topic in mandated sex ed classes in schools, because a lack of discussion only perpetuates more harm to women and young girls. In contrast, being aware of the effects of sexualization can help prevent future violence against women and girls. So the next time you see middle school girls posting “thirst traps” on social media, think about what that means for her mental and physical well-being and consider providing some education on the matter. Otherwise, what does it say about us as a society? 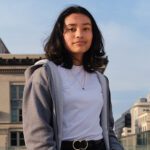