In this world, women go through a lot especially when it comes to sexual assault and harassment.  People fear having their daughter or any female loved one go out by themselves because of what’s going on in the world when it comes to women, they also go through other stuff like being stereotyped. Women are stereotyped a lot, so then people believe they can’t do certain activities. Women are stereotyped because of what men think and what they think of them.

A woman named Chinchilla who is the president of Costa Rica believes the most pervasive  stereotype is that women are “weak”, a perception that may stem from a woman’s greater desire to build a  consensus. This shows gender stereotypes even affect the confidence of powerful women. Personally, I  don’t really have a problem with gender and having a woman leader, but in 2021 there have only been 26.  This shows not a lot of women were chosen to be leaders across the world.

Sexual assault and harassment have long been a major issue for women all around the world. In  October 2017, a group of women took to social media to share their sexual harassment stories, launching the #MeToo movement, which went viral and sparked a national and worldwide conversation. In 2014,  the SSH2 commissioned a poll of 2000 people in the United States. According to the survey, 65 percent of all women had been harassed on the street.

Some people may hear about how women are harassed or sexually assaulted, but their main question is why didn’t they fight back. What people don’t know is fighting back can make the situation worse for the victim. Catholic saint Maria Goretti declared she’d rather die than submit to her rapist and was stabbed 14 times. People want women to fight back but in most situations, it makes their case worse  in many ways. The ancient Greeks and Romans spun myths of women who begged the gods to be turned  into birds or trees rather than remade a damaged woman after an assault. Legends of brave women who fought their attackers died from their injuries. Fighting back during an assault can result in so many major injuries such as death and more. So to sum up what has been said, fighting back is never the best situation  for a woman.

My problem is women’s safety, how they’re getting treated because of their gender. Men take advantage of this and it’s getting out of hand, it’s causing life problems, and it’s not getting taken seriously enough. Assault on women not only affects them but has an impact on their family and loved ones. If there’s no solution to this problem this issue could go on. It can have an impact on many generations of girls. This problem could put people’s lives in danger because if the victim does survive they can do damage to themselves because of how they feel after what happened to them. This issue could overall cause really bad damage and life problems for girls and women and their families. 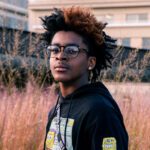