When you look at the news or social media, do you ever see reports on women or young ladies being kidnapped or even being sexually harassed, to the point where they can be raped? Being a witness to harassment on social media has made me feel awful and disgusted, it’s not something you joke about. I feel worse knowing that it might happen to me but I try to make sure I’m safe and I hope that the victims get the help they need. Between the 1980’s through 2000’s abuse against women, both physical and verbal wasn’t taken seriously. It was a common joke that women belong in the kitchen and if a woman had a professional career her opinions were not valued. Now, there are many successful professional women and orientation programs and places where they help protect women. However, due to ignorance abuse continues. I want to make sure that this happens less often. But by all means, we need to make sure
that we believe and help victims out, not only emotionally but mentally as well. Also, we need to listen
and not just think it’s a lie.

Women aren’t believed when they speak out about abuse. For instance, the famous singer Gloria Trevi went through this very problem. For example one of Gloria’s songs called Dr. Psiquiatra says, “Ya no me diga tonterías”. That means “stop telling me nonsense” saying the parents didn’t believe Gloria when she said she was physically, emotionally, and mentally abused both at work and home. Her career was marred by her manager Sergio Andrade who manipulated her with the false pretense of keeping her in fame and impregnated her on several occasions. Her parents abused her so she had no options but to continue working, so they could receive their earnings from the royalties. The years passed her, there came a time that she said ‘until here’ because she had grown up and she had met different people who helped her speak. Despite her defeats and afflictions, she has been able to overcome and get ahead telling her truth. But all her youth was overshadowed with sheers of abuse. Thanks to many women like Gloria, strong like her today, there is not as much abuse of these types but it does still happen. This doesn’t just happen to women like Gloria but this happens to women all over the world. We can solve this issue by listening to others and believing in them and making sure they get the help they need.

An opponent would say something like “it’s not the mens’ fault but the womens’ fault”. A 2017 Chicago Tribune article argues that this only shifts the blame and makes it harder for women and men to speak up. As for the bystanders, they would stay quiet as well because it would be hard to know who is at fault. The reason for that is because they would get confused on what they have heard or seen since it would be shifting between the victim and victimizer. If we, as a society, believe and help women out, not only emotionally but mentally, the situation can be solved by making sure that the person who is at fault can take the correct blame and victims can feel confident in speaking up.

Sexual assault has a direct impact on the majority of women. The National Sexual Violence Resource Center reports 81% of women get harassed or raped. They go on to say, of that 81%, “One in three female victims of completed or attempted rape experienced it for the first time between the ages of 11 and 17”. To help out the type of situation by not only giving them the help they need to find justice but also the comfort they need to heal. As well as making sure that they can no longer feel the pain and suffering and to give them the things they need to no longer live in constant fear.

Sexism needs to be stopped because lots of women and young ladies are getting sexually, harassed, or even raped. Women should be receiving help mentally and emotionally by the people close or around them. This is happening to a lot of women so we, as a society, can help out women by giving them the help they need as they emotionally and mentally process their experience. The victims shouldn’t be blamed for something they didn’t want to happen. If you hear of or see a woman being harassed, step in to support and believe in what they have said. 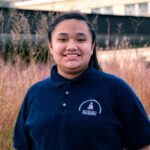