“Slavery is not a horror confined to the past; it continues to exist throughout the world, even in developed countries… Across the world slaves work and sweat and build and suffer.”, Kevin Bales, author and modern abolitionist. With that being said people who are sex trafficked are enslaved. This should be a big topic, but it isn’t something we hear about. Instead of hiding from it, we need to face this problem. Sex trafficking is a problem because men and women shouldn’t have low self-esteem about going out or being safe outside. The federal government should increase funding to The President’s Interagency Task Force, PITF, because even though it is already funding victims ever since covid the cases have been going up way more than usual, the state governments should also make state laws consistent about protecting against trafficking so traffickers won’t and can’t take advantage of different state laws.

We need to consider the rising cases of trafficking due to covid-19. The PITF uses its funding to increase other organizations capacity to respond to sex trafficking, safety planning, developing interagency cooperation and responding to sex trafficking. Experts such as Kari Johnstone, the acting director of the Office to Monitor and Combat Trafficking in Persons, say the PITF needs way more funding than ever before due to the pandemic. Since the pandemic a lot of people have been getting away with sex trafficking even more. If we increase funding for the PITF they will have more resources for victims and to tackle the growing number of cases.

Some people may say current state laws cover trafficking, there is no need to align the laws state by state. According to the National Conference of State Legislatures, laws are different in some states, like Alaska, it is illegal to gain in any way from human trafficking. In other states, like Vermont, unless you actually own or sell someone you won’t be charged with trafficking. If states, have the same laws people in Vermont could be charged with being guilty of human sex trafficking regardless of whether or not they gain financially. If more people are charged, sex trafficking will decrease. 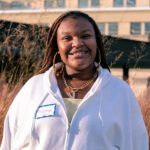