The Sandy Hook Elementary shooting occurred on December 14, 2012 in Newtown, Connecticut, a tragedy that many still remember to this day. It affected people across the country mentally and emotionally. From my whole life as a student, personally I believe, the presence of officers and school guards is important for the school’s environment to be safe enough for student learning. I believe officers should be permitted to be on school grounds to ensure the safety of students and staff and increase the quality of education available to students.

One reason why having officers should be permitted is because they help reduce the number of problems in schools. According to the article from The Washington Post, “All Montgomery High Schools to Have Police on Campus for the New School Year,” “as of last summer, all school resource officers undergo a week of training that includes sessions on adolescent development, threat assessments, de-escalation practices, use of force and other topics.” Generally, this means that having officers could be a positive start to the new school year. Police officers can help a lot by keeping the school safe and making sure that schools are able to stop the negativity that happens in schools, such as fighting and suspensions. A week of training is necessary for officers when their goal is to stop the violence that happens in this country. It is a good thing that schools have the help that they need to increase students chances at a positive future. In addition, the author also states, “Officers might hear of a possible fight or party, and interfere, help a family in crisis, work a football game or speak in a law class” (St. George). The author also quotes Michael A. Durso, a member of the Montgomery County school board, saying, “Every officer I’ve worked with has made a difference in the school.” Furthermore, the author shows that officers not only help schools with safety, they bring positivity and are a big help to teachers and schools in other areas by, for example, attending football games and helping volunteer in classes. They develop positive relationships with students, which shows why they should be permitted and why they are necessary when it comes to schools. In summary, officers are important to have in schools for many reasons. They decrease the amount of behavior issues, which helps keep students out of the school-to-prison pipeline. They also help keep after school events safe, which reduces the stress for staff, allowing them to mainly focus on being effective in the classroom. Having officers in schools is positive and necessary.

Another reason why officers should be permitted is because they improve the quality of education by building relationships with students and helping staff to ensure their safety. According to Montgomery County Council President, Craig Rice, “it’s going to mean more compassion for kids. These officers are going to get to know these kids. It’s a community policing in our schools” (St. George). This evidence suggests that if officers build good, positive relationships with students, the students are more likely to come to them with issues and problems that they need help with. This can be hugely effective in reducing problems in schools. Officers can play a role in reducing the amount of trouble students get into, reducing bullying and fights, and reducing gossip and rumors, which eventually lead to suspensions. Moreover, with strong relationships, officers can help decrease the percentage of suspensions. Another positive benefit of the presence of officers is that they help keep an eye out for problems, even when teachers are not around or are too busy. They prevent negativity on school grounds, making schools safer and better environments for learning. Also, in the same article from The Washington Post, former superintendent, Joshua P. Starr, has stated that many schools have worked on reducing out-of-school suspensions and schools now work with prosecutors and police to help maintain school safety to “make sure that our schools do not contribute to a school-to-prison pipeline.” This shows that having officers and prosecutors working with schools have made a huge impact on out-of-school suspensions. This is very important because schools cannot have a high percentage of school suspensions without making the school look “bad.” Eventually, a student who tends to get in trouble at school may want to give up and lose hope. Students who have more suspensions may lose focus and eventually drop out. Therefore officers are useful and important to students and schools in many ways. They help reduce suspensions, and take stress off of teachers and principals, as well as other staff members, who can be sure that their students are safe, out of trouble, and able to learn.

Some argue that bringing officers on school grounds and inside schools is harmful and unnecessary because it worries students and makes small problems bigger. Washington Post reporter, Donna St. George, states that having officers in schools eventually causes arrests and referrals. “Nationally, Civil Right Advocates say a police presence in schools often lead to a spike in law enforcement referrals and arrests on campus for misconduct that would typically be handled by a principal” (St. George). However, even though it may occur, this only happens because students are breaking the law. Typically, if you break a law you have to deal with the consequences, either as time, fines, or probation. It really doesn’t matter the age. If a teen were to do something violent and against the law, they’ll eventually need to pay the price. For example, having fights in public is against the law and is something that still occurs in schools to this day. The consequence for public fighting is being arrested. Having officers in schools means that students who break the law are caught more often. However, this actually makes schools safer. Also, with the presence of officers, laws may be broken more rarely. People might also argue that officers tend to cause small situations to turn into bigger ones. For example, St. George cites a 17 year old who says that at age 13, she was arrested for being near a fight. Keshaundra Neal, member of Voices in Chicago Education, shares her story, “she was arrested as a 13-year-old and put in a police vehicle for being near a school fight. She said a police presence can be helpful at times, but too many officers get involved in minor infractions – with negative effects for students” (St. George). Now, even though many may not agree, officers do their job for a reason. They protect and stop violence. If a student didn’t want to get involved, they should’ve stayed away. Officers focus on the safety of others, and they do what they can to make sure a space that’s safe stays safe. Being an officer isn’t easy, and they won’t automatically make schools perfectly safe. There may be a few mistakes along the way, but it is important that schools do what they can to make staff and students safe.

In conclusion, officers are important because they bring the safety that schools need. They make sure staff and students, like myself, have the environment that we need to succeed and do well in my school. They help improve the quality of instruction and ability to learn by building safe and positive relationships, which can decrease the amount of issues schools tend to have. School safety officers help teachers and students in class and during out of school activities by monitoring or keeping an eye out. Occasionally, everything doesn’t turn out perfectly, but still officers tend to try their best. Lately, there have been major issues with police brutality and racism. Having officers in schools means that both students and officers can get to know each other, which can help solve the bigger issues outside of schools. The lives of teens and children are valuable, and they have a voice that’s very important. This is why I believe that having officers in schools is important and necessary. 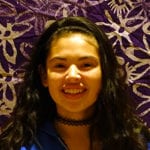