Most of us recognize and stand solidly against overt expressions of racism, such as racial slurs, brutality, cross-burnings by the Ku Klux Klan (KKK), and various practices of blatant racial segregation and discrimination; however, overt racism is just the tip of the iceberg. There is the other racism that has concealed itself in the fabric of America. The impact that clandestine racism has on urban education includes lowered expectations, lack of rigor in curricula, fallacious assumptions about students’ intelligence, and issues in public policy. In order to diminish these issues, we can teach a culturally responsive curriculum and hire more teachers and curriculum specialists of color, particularly Black and Brown individuals who are dedicated to addressing equity issues. We can also abandon outdated policies and seize the post-pandemic moment to create a new progressive and anti-racist educational system.

There are those who harbor the same beliefs as those at the Wisconsin-based MacIver Institution for Public Policy. The aforementioned institution was founded in 2008 in a state that is 87% white. They believe critical race theory, in any form, goes far beyond self-inspection or the implementation of a new plan to ensure that no child is left behind. In addition to that, African Americans only make up 6.7% of Wisconsin’s population. How is it possible for an institution to accurately prescribe appropriate policies for a group of people so poorly reflected in the state’s population? Compounding the issue, a report from Edbuild, which promotes equity in public schools, found that predominantly white school districts get $23 billion more in funding than non-white ones.

Covert racism in urban education isn’t always shown academically, sometimes it is shown through “discipline.” Zero-tolerance discipline policies like obligatory suspensions or expulsions for minor issues fuel the school-to-prison pipeline. Within classrooms, teachers sometimes mistake a Black preschooler’s loquaciousness for hyperactivity or delinquency, instead of recognizing the child’s skillfulness. These inequities compound over the years when Black children and adults are in school. Some of these inequities act as deceptive yet pervasive cultural messaging that African American students are incapable of learning.

Schools need to be more student-centered and attentive towards EVERYONE because students need academic, social, and emotional support to learn and thrive. If students don’t have the education and resources that they need, how will they thrive? Some might argue that, although urban education teaching is different they have the same resources as suburban education. They do not. According to a study from Edbuild, public school pupils enrolled in urban districts receive on average around $2,100 less per pupil than their suburban counterparts, and $4,000 less than students who attend rural remote schools.

Taking everything into account, covert racism needs to be omitted from urban education because if we want our kids to succeed, they need the right education and the right resources. Students who continuously experience racism usually make the wrong decisions and end up walking towards the wrong path. It is essential that we reckon with our intricate past to build an education system reflective of the future we want for everyone; one where every child has guaranteed access to a high quality education. 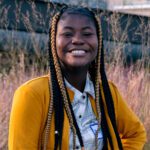