In the year 2013, I was nine years old watching the Treyvon Martin vs George Zimmerman case in my living room hoping that Zimmerman would be found guilty. I believed that Zimmerman would be found guilty because, in the innocent mind of mine, I always thought the justice system implemented laws that viewed every individual in the courtroom equally. As this case had become one of the most controversial topics discussed in the media, the feeling of anticipation was building inside of me. All I wanted was for the judge to declare Zimmerman guilty. However, on July 13th, 2013, Zimmerman was found not guilty of second-degree murder and manslaughter of Treyvon Martin. My heart dropped when they announced that Zimmerman was declared not guilty of this case. The little girl who had hope, lost faith in a system that she believed viewed every individual equally. Individuals with strong influence within the criminal justice system should work towards eliminating racial bias so that justice is being delivered.

Over many years, there have been many cases where there have been unfair and biased rulings being displayed in the courtroom. Treyvon Martin was an African American high school student and was 17 years old at the time he was killed. George Zimmerman was a neighborhood watch captain and called the police to report a “suspicious person”, as he believed Treyvon Martin was. He was informed by the police to not pursue further action, but Zimmerman didn’t listen. Zimmerman took further action and killed an innocent child. Why didn’t Zimmerman acknowledge that he was a young high school student who had a future ahead of him? Why didn’t Zimmerman acknowledge that he was a young black man who had goals and could have implemented change in our society? Even though his legacy continues to live on, his life had to end because of Zimmerman’s unconscious racial bias that Trayvon Martin was a criminal. As this case was further pursued in court, Zimmerman was found not guilty of second-degree murder and manslaughter.

There have been many cases where black people tend to face harsher sentences than white people. In fact, a study conducted in 2017 showed that “black men received sentences that were on average 20.4 percent longer than that of white men” (King). Not only do black people face harsher sentences than white people, black people make up a large portion of the prison population. In the U.S., white people compose 76 percent of the American population alone, but why is it that African Americans make up “34 percent, or 2.3 million, of the total 6.8 million prison population” (NAACP). We put faith in a system that emphasizes equal treatment for everyone, but is it fair?

In conclusion, the criminal justice system should work towards eliminating existing biases in the courtroom. Just imagine if your racial background and/or your gender affected your ruling instead of the facts of the case itself, and because of this you received crucial sentences that could ruin your life? The sad truth is “Unconscious biases about race, gender and appearance play a more important role in outcomes than the actual law” (Swanson). 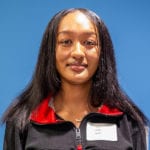