Imagine on Friday the thirteenth you just found out that your usual 2-day weekend had been extended to three days then you slowly watched as those “3 days” turned into 585 days. Crazy right?! Now imagine if I told you that you’ve been through this before. March 13th 2020 the country was called into a state of emergency. It was my 6th grade year and we just got back from a Broadway trip for my theatre class. A sudden virus called covid 19 that came out of essentially nowhere just hit. No one was prepared mentally nor physically, with 762 thousand deaths and over 47 million cases we were pretty much hopeless, and along with those rising death cases that also includes suicide rates. During this quarantine suicide rates have been at an all-time high especially in teens, replacing Homicide as the second leading cause of death. To recognize the negative impact of the pandemic on teens’ mental and physical health we need to establish a website that schools can recommend where teens can safely express their feelings and at the same time learn about covid guidelines and why they are imperative to follow.

Covid and quarantine were both sudden disruptions in our everyday lives ruining things like birthdays, funerals or big get-togethers in general. all for the mere “it’s temporary” or “it all better in time”. But the real question is, will it ever? Everyone around the world is sacrificing their freedom but big influencers are getting away with defining the simple rules like staying masked, social distancing and staying inside, teaching extremely young children that it’s okay to sacrifice lives for their own enjoyment. In 2020 more than 24 celebrities violated the covid guidelines such as Charli D’amelio and her family going on multiple vacations despite the very specific rules to stay inside. Even people like Kim Kardashian had birthday parties with over 10 people with no mask or social distancing with a strict no social media rule because she understood the backlash she was going to get from her party. Due to these very irresponsible and inconsiderate actions there was a spike in covid cases around May 28th 2020 from the 20,764 cases on a 7 day average to a 65,764 cases on a 7 day average on July 23rd 2020. This is because when impressionable kids see their favorite celebrity completely disregarding the rules to stay in, they will do the same, spreading the virus. And a website can seriously help because it’s teaching those same young impressionable kids about those safety rules, influencing them but for the better.

Another reason why establishing a covid website could improve a teen’s well-being is the fact that when asked many teens stated that their main reason for their resilience during this state of emergency was their families. But what about those who don’t have a strong bond with their family, or the ones who just don’t have one? In an article written by the Wheatley institution it was said that “Overall mental Health was significantly better for teens in two-parent families, before and during the pandemic” also that “When provided with a safe place to go or talk too, teens are less likely to be depressed and feel that their families had grown closer”. Showing a sharp decline from 30% to around 16% of teens who feel extremely unhappy while in quarantine with their families. On the other hand, it highlights the fact that children in one-parent households or children with parents too busy with work or their lives outside of their children are at a disadvantage with dealing or coping in a healthy manner. From 2018 to 2020 around 27% of teens with no “safe haven” to report to, feel unhappy and dissatisfied with their life. They also take up 25% of the recent increases in the suicide rates. And so, to prevent and end the suffering of the children with no one to talk to about their feelings, we should create one. A place where they feel safe and can express themselves and their opinions. After hours at school and even longer in a toxic house environment coping through a website like this is much healthier than self-harming or using drugs which both also had a recent increase during quarantine, preventing the need to do these things for teens could really create a much healthier and peaceful state of mind for anyone who needs it.

However, when talking about topics like this you must point out that there may be people out there that believe that “teens did relatively well during quarantine”. In an article written by Jean M. Twenge in October 2020 it was stated that they received more family time, sleep, and less social media that really improved their quarantine experience. These things may all seem great, but it don’t account for the people with differing perspectives. Even for myself I didn’t sleep much, never mind getting more than before. Quarantine wrecked my sleep schedule completely. Staying up all night then going to sleep around 8am then waking up at 8pm and doing it all over again. Even now it’s very hard for me to stick to a schedule. During Quarantine, keeping up with school and friendships, even simple things like going outside, put a lot of stress on me causing me not to sleep a lot. In an article written by Tower Mastery it states that the main cause of insomnia is stress and since everyone affected by the pandemic is under a lot of stress it causes a drastic increase in sleep deprivation. Also when taking into consideration the rise in family time you have to realize that the sudden “family bonding” might not be a good thing for everyone. When forced to spend more time with your families than ever before, the people who are unfortunate enough to have abusive families are stuck with their abusers with no way out. With the rise of family time came the rise of domestic violence and unfortunately in some cases, death. With abuse hotlines busier than ever and people all around the world being under so much stress. When stuck in such toxic environments those type of things will happen way more often than they should. Social media is a very sensitive topic and while some stayed away from it, others surrounded themselves with it. Social media became a coping mechanism for many, sometimes being the only thing keeping them sane. And when such things like this happen testing everyone’s sanity of course the use of social media will increase. Depending on its usage, social media can be a blessing or a curse. Becoming an addiction, or another outlet to express yourself. On social media day in and day out. Watching the world fall apart over absolute ridiculousness it’s bound to become a toxic place. Despite the flaws of such a world we have an average screen time of 13 hours per day since quarantine started, ruining or making mental health even worse for some. So, the “more sleep, more family time and less social media” made quarantine easier for some But, others were given the exact opposite making their quarantine even worse.

In conclusion making a website for teens has many benefits to better the teens well-being. Giving them an outlet for their feelings and giving them someone to talk to other than their families who might be the reason they feel the way they do. Also making them feel like suicide or drugs isn’t the only option to feelings a positive emotion. During such tough times like this adding a positive coping mechanism for teens to focus on instead of the thousands of negative ones could make the world a much better place for future generations. And although a website of this nature could’ve really helped in the earlier stages of the pandemic to prevent the rise of suicidal and abuse, it will now really help end the rise. Nothing in this world is perfect but just because nothing perfect doesn’t mean it has to be this bad. Putting positive things like a website like this will give positive outcomes, keeping teens healthy mentally and physically. 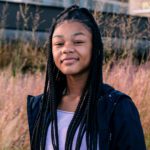