The Pew Center reported in 2008 that more than 1 in 100 adults are now behind bars in America, the highest rate of any country in the world. Think of the number of people in your middle school. For me, it’s 300. That would mean that 3 of those students I see every day, eating chips and laughing with me in class will end up behind bars. Prison is often the default criminal justice penalty when someone breaks the law. It shouldn’t be that way. For those who commit lower-level crimes like drug possession, petty theft, or selling drugs like marijuana, prison is not just unfair; these harsh penalties also hurt the country as a whole. Mass incarceration affects me in what I haven’t seen. The family members I will never know, because after being incarcerated, they lost touch with their family, my family. I believe that there are better alternatives of programs besides throwing people in prison for nonviolent and lower-level  crimes. The justice system needs to do better, America needs to do better.

I think alternatives to prison should be implemented more frequently because prisons are being run like for-profit businesses; across the US state correctional costs quadrupled over the past two decades and are now around $50 billion a year, consuming 1 in every 15 general fund dollars. According to the Vera Institute of Justice, incarceration costs an average of more than $31,000 per inmate, per year, nationwide compared to the cost of going to a public college for a year which averages $9,970. With this much money being spent on prisons by the government it is very lucrative for those involved. This means that many prisons aren’t trying to help rehabilitate the inmates; that isn’t what’s profitable for them. They are instead  just exacerbating inmates’ problems leading to the very high rate of re-incarceration. In fact 80% of convicts come back to prison in five years. This is why I think judges who are convicting people and sentencing them to prison should use alternative sentencing for those convicted of non-violent crimes. Options that focus on rehabilitating the convict such as mental health and addiction treatment, as well as forms of restorative justice such as community service and probation. Throwing these people in prison isn’t creating any long-term solutions, only continuing the cycle.

Dealing with the effects of incarceration is a daily struggle for many. It creates a whole caste of second-class citizens. When you are an ex-con it is legal to deny you a bank account, a mortgage, a job, and even a vote. When we lock up individuals we also break apart their families and communities. 2.7 million US children have incarcerated parents, and before being incarcerated more than two-thirds of male inmates were employed and more than half were the primary source of financial support for their children. In many cases, families are losing their only financial support. This lack of financial stability affects the communities that these families belong to, whole cities, and even whole cultural/ethnic groups.

In conclusion, I believe that we need rehabilitation instead of incarceration. As a country, we need to learn from our mistakes. Hundreds of years of institutionalized incarceration seems to have caused the rate of crime to rise instead of fall. The justice system needs to do better, America needs to do better. For the betterment of not just individuals, but whole communities that the system unfairly effects. 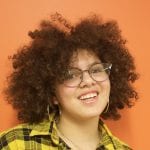