Child labor is one of the world’s main problems today. Many children are being taken away from their families and sold into labor, which is a form of slavery. Most of the children who are forced into this lifestyle work for many long and difficult hours.

I have seen what I believed to be child laborers at many stores. They look miserable and exhausted. When I saw them I knew something was peculiar about them working. So, I said to my mom, “I think you should contact the International Labor Organization (ILO), because those kids are like eight to twelve.” Then, she said, “Well maybe they are the owners children, but I don’t really know.  It is difficult to comment on something when you are unsure so I am not sure if I should get involved.” Then, we left the store and I felt terrible for the little girl if she really was a child laborer. Even if she was not a child laborer, she did not want to be working in that store. From that moment on, I have become more aware of people and my surroundings in general.

In the U.S., Congress passed The Fair Labor Standards Act in 1938. This Act set the number of hours that a 14 or 15 year-old could work to three hours a day after school and no more than 18 hours during a school week. As for 16 and 17 year-olds, they are allowed to work any number of hours.  It is against the law for children under the age of 14 to work. With the laws in place in the United States, I was surprised to learn the number of child laborers in the U.S. The National Center for Farmworker Health, Inc. (NCFH) states that 300,000 – 800,000 children work on farms across the United States. These numbers are so high because the U.S. laws that control child labor do not protect children of migrant workers. According to NCFH, these child laborers risk losing their education, having poor health, and no childhood.

Many, if not all of the child laborers are beaten, undernourished, and forced to live in horrible conditions. The Express Tribune with The International Herald Tribune published an article that stated an 11-year old boy was brutally beaten by the shop owner he worked for because he was late. UNICEF says that most child laborers are malnourished because they work long hours and come from poor families. The Labor Rights Organization tries to help these children by removing them from the deplorable conditions to which they have been subjected. Unfortunately, ending child labor has been extremely difficult to do in many countries.

There are many interesting facts about child labor. For example, goodweave.com estimates that it will cost approximately $700 billion over twenty years to eliminate child labor completely.  Also, an article found on childlaborproject.org says, as of 2000, there were over 200 million child laborers around the world. Did you know sixty percent of child laborers work in agriculture, with only one out of five children receiving pay? Anti-slavery.org says approximately 90% of domestic work (house cleaning) is done by children and in a country like Pakistan. Seventy-five percent of its sweatshop workers are girl carpet weavers.  These statistics show just how important it is for child labor to end.  The International Labor Organization also states that the majority of the children who are affected by this injustice are between the ages of 5 – 17. Many have been unable to receive a proper education because they are victims of child labor.

Many stores and businesses throughout the world are aware of child labor and how it affects children. With that being said, some have decided to stop selling certain products if it was believed that child laborers made them. For example The Gap continues to fight against child labor after learning that some of their Gap Kids clothing was embroidered by children. Gymboree stopped using cotton for their clothing that was picked by child laborers and they have a policy to not employ child workers. Apple also stopped working with a factory in China because they were using underage children. The International Labor Rights Fund filed a lawsuit against Firestone (a tire company) because children were said to have been making tires for them. A meatpacking place had minors working as young as fourteen years old! In a factory in Bangladesh, children were found making clothing in unsafe conditions. The responsibilities placed on these children were some that many adults would have difficulty completing.

UNICEF, International Labor Organization, The Child Labor Project and Good Weave, to name a few, are doing all they can to end child labor. The International Labor Rights Fund is investigating stores and trying to see if they have underage children working. If they do, the International Labor Rights Fund will place a lawsuit against the business, protest, boycott and urge the business to close its doors forever. Lastly, Tehelka.com says some parents in North Delhi India were tricked into believing they were saving their children from lifetime poverty. They sent their sons away with the promise of food, shelter and a good education. It was later found that their sons were working in factories and only receiving about two hours of education. Child labor is a continuation of the disrespectful act of slavery. It is important that people and organizations work together to end child labor and slavery once and for all. 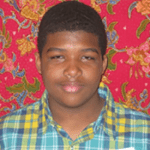