In 2013, an 8-year-old boy was beaten, starved, forced to sleep in a closet, and tortured to death. Worse yet, these despicable acts were committed by his mother and stepfather. This is important to me because an innocent child who did not grow up yet and live a full life was abused by mom and stepfather. An 8-year-old kid was routinely tortured until his death eight years ago. This is an example of the problem because the police failed to act when this kid was abused. That 8-year-old kid died. Gabriel Daniel Fernandez was abused for years but there was no police intervention. People who didn’t know them have been telling The Angeles County Department of Children and Family Services and Sheriff’s Department but nothing happened. He was still in that household. A problem in our society is that police fail to act in domestic violence cases. Police leaders should be more aware of their community.

The police don’t do enough. “Between 960,000 and 3,000,000 incidents of domestic violence are reported each year, while many other incidents go unreported.” How many cases of domestic violence are solved? For right now it is unknown. According to the leb.fbi.gov if it takes more than 10 days for an officer to get to the prosecutor the likelihood of prosecution and conviction drops by 25 percent, if it takes more than 30 days the likelihood decreases by 50 percent. This shows that many domestic violence cases are reported but some get solved and some get dropped. A quote from The Guardian over 10,000 women and children have been identified as being at high risk of being murdered or seriously wounded by their current or past parents. According to a report, several cops in West Midlands lacked empathy when dealing with situations, and some officers were overheard calling a victim a slag. Victims were not treated with respect. This shows that some police don’t care about domestic violence and had little respect for victims. To summarize, not many domestic violence cases are solved and some police lack sympathy to victims.

One myth about domestic violence is the victim can always walk away from the relationship. Actually, according to Psychology Today people might stay because they think that if they behave the abuse will stop, because they had children with the abusive person, because of financial problems. This demonstrates that people can’t leave if they want to because of their kids and because of financial problems. We should not blame the victim. Another myth is if the abuser is truly sorry and promises to reform, the abuse will stop. According to the Annapolis government website, it says “Remorse and begging for forgiveness are manipulative methods used by the abuser, as a means of control. Abusers rarely stop.” This shows that abuse won’t stop; it’s just manipulation the abuser uses on the victim. The evidence is clear that people see a wrong way of domestic violence.

A problem in our society is that police fail to act in domestic violence cases. Something should be done about it because people are dying and being abused physically and psychologically because some police can’t really do their job correctly. If you don’t act now you might be next. 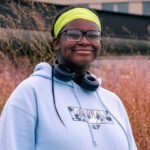