More Than A Statistic

Another day. Just another day in the life of me. My name is…well that’s not that important. What’s more important is my story, just one out of millions of kids like me. See, I didn’t grow up in a rich area, Syria is where I’m from. A civil war has been raging here for a long time now and it has stripped me of my childhood. Not to mention my city, Aleppo, barely has any money at all, everyone here is on the same level. Everyone here is like family to me…it’ll be sad when I have to leave them. By the time most boys reach a certain age, the government decides we’re old enough to fight in their war. But they never once stopped to ask us if we wanted to learn, if we wanted a chance to read or write, if we wanted a chance to eventually leave this place. That’s enough about me. What’s your name? Where are you from? What are you able to learn?

There are plenty of children in the world who want and have the desire to learn in the world, but not all of those children will be able to. Over the years we have been able to make slow but steady progress in making sure children have education (enrollment for primary school is now at 91% in developing countries), but there are still 57 million kids out of school (UN). Half of those 57 million kids can’t access education due to their country being in conflict (Humanium). More than half of those 57 million kids live in Sub-Saharan Africa (UN). Even if the children are lucky enough to get an education, if you’re female then you have an even worse chance of even getting considered to go to school. One-third of developing countries are not gender neutral when it comes to education. The United Nations and western governments should invest more time and resources to their organizations that focus on bettering the education of children in struggling areas. A lack of an education restricts one from experiencing opportunities, denies the chance to better one’s own community, and leaves less options to deal with world issues.

First, a lack of an education can greatly restrict one from experiencing things that they want to in life. Things like traveling the world or being able to provide for one’s family become incredibly hard when one does not have access to education. The Huffington Post states that “People with professional degrees earned 6 times as much as people who did not graduate from high school.” Six times as much! This is a significantly large number that supports the aforementioned point about not being able to do the things one wants and/or needs in their life without education.

Second, without an education, whole communities themselves cannot grow and improve. Education is a great tool to use in order to better one’s communities, it allows for one to learn more about the world, cultures, and people themselves. Helen Keller, a deaf-blind American humanitarian, said that “the highest result of education is tolerance.” That tolerance leads to the settling of conflicts and to the beginning of a mutual understanding amongst people. Cleveland, Ohio is feeling the effects of a lack of a sufficient education in its own community. Although Cleveland is not in any particular conflict with other communities, the true conflict lies within Cleveland itself. It’s reported by The Education Trust that only six percent of “African American fourth-graders…in Cleveland” can read at a “proficient or advanced level.” Even in America, where education is supposed to be given to its population as a right, education is still having a hard time being accessible to all in a way where it supports.

Third, to not make education a priority because some don’t see it as important as say poverty or global warming, is unempathetic and counterproductive. For example, building on the fact that education could help with these different issues, it’s reported that “171 million people could be lifted out of extreme poverty if all children left school with basic reading skills” (Global Partnership). In fact, it’s not just education that could have an impact on these other issues, “Overall climate change and the resulting increased frequency of natural disasters and reduced agricultural output could cast as many as 122 million people into poverty by 2030,” and even then education can help farmers to learn more about greenhouse gasses and how to sustain agriculture (Global Partnership). As seen through these examples, education can be a vital tool to use in order to aid the process of solving said world issues, not something to be pushed aside and handled after everything else.

A popular counterclaim some people like to use is that education is not necessary to be successful in life. That instead of following the regular path of going to school, getting into a good college, and getting a well-paying job, you should instead follow your heart and make your own decisions. A popular person people bring up in order to reinforce this point is Bill Gates, the founder of Microsoft and a multi billionaire, but they seem to forget that he “attended Harvard for three years and took enough courses to graduate” before he dropped out (Business Insider). It’s not to say that some forms of higher-level education are necessary for people to succeed, however there is still a need for a basic level of education (primary school and possibly secondary school) in order for children to survive. 781 million adults in the world are illiterate, and them lacking the ability to read and write leaves them more susceptible to get into a low-paying job or end up without a job at all. Although literacy rates have been improving over the last couple of years, “older people who missed out on education when they were younger were not getting the support needed in later life to improve their lives” (The Guardian). This is just one example of how missing out on education can negatively impact your life and is a counter to the counterclaim that education is not as important as other world issues.

In conclusion, education and its accessibility to children around the world is a very serious and very urgent issue. Some may say that education isn’t necessary in order to have a successful future, but not everyone is in a position to make the choice of if education is the right fit for them. Instead, people should realize that education is a gateway for children to see and experience the world in new ways and that education can help deal with the other global issues that people usually put ahead of education. And even though this essay was full of different statistics and facts, think of the story that was in the beginning. That one was just one out of millions of kids, but each one of those kids is more than a statistic. 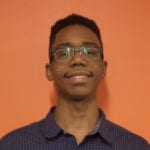