September 23, 2019, is a day I’ll never forget. That’s the day one of my closest friends, who was like a brother to me, committed suicide. It was painful and surprising because there was never a dull moment with him. According to The Washington Post, 800,000 people commit suicide each year. This means countless families and friends are experiencing the same loss I feel. Suicide is a serious issue that deserves attention; we need to talk to teens to prevent suicide and government-funded support systems to help families cope.

Suicide needs to be addressed because people don’t spend enough time talking to kids about suicide and its effects. According to the Washington Post, “From 2007 to 2017, the number of suicides among people ages 10 to 24 suddenly increased 56 percent.“ The percentage of teens committing suicide has risen tremendously. Conversations where someone with a personal experience with suicide could help prevent suicide by showing how tragic and serious it is.

Suicide also deserves our attention because families often do not have a support system to deal with this kind of tragedy. After a Suicide states “The loss of a loved one to suicide is a tragic event that defies understanding. It is important to realize that this is “complicated grief.” More support groups would help the people left behind who are having depressed thoughts or are about to attempt suicide.

Some might say that there are more serious issues that need attention. The United Nations lists 22 global issues that we should be aware of like child abuse, but not suicide. However, issues like child abuse can often have serious consequences such as suicide. Science Daily reports that “Children who experienced multiple abuses are as much as five times higher to attempt suicide… experienced abuse as children get older, the risk of suicide attempts increases.” Other things might need more attention but those things can lead up to suicide as well.

Talking to kids about suicide and its impact will help prevent suicide cases. Suicide is a mental health issue and deserves attention so families who lost someone to suicide can get the help they need and, have someone guide them through their stresses. Take this seriously. People should know the signs and how to help someone who might harm themselves. Suicide isn’t a joke and it hurts. Imagine if that was your family member, wouldn’t you want to know someone has your back and could help you? I know I would’ve wanted it. 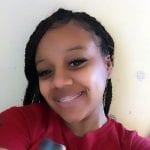