Mental Health in the Black Community

According to the US Census Bureau’s 2017 data, approximately 325.7 million people live in America, and an estimated 47.4 million of those people are African American. Black people make up about 14 percent of the population and 16 percent have a diagnosable mental illness (NAMI). Yet not only is there a stigma around mental illness no matter the race, but it has also been swept under the rug and frowned upon specifically in the Black community. I have been diagnosed with depression and seen first-hand the effects that mental illness has on families and the disregard that families have for it. Black people should have access to the medicine and support that they need because when they do it lessens the chance of the illness growing into something greater, normalizes the topic so people can talk about it, and stops the generational neglect of black people’s mental health and well-being.

The brain, as complex as it is, is also fragile. Studies have recently found that your psychological state and your physical state are more closely connected than previously thought. There is evidence that people who have had a mental illness end up developing physical problems. For example, depression can cause reactions in the body that produce arthritis. Not only can mental illness produce arthritis, but with high levels of stress caused by depression, it can also lead to diabetes and even heart disease (MacMillan). There are many things that happen in the brain when a person is depressed. Depression can cause parts of the brain to shrink which can lead to brain cell damage, memory loss, brain cell injury, and or death (Amen Clinics). Normalizing the topic of mental illness could reduce a lot of the stigma that surrounds it. We fail to offer people with mental health conditions the same help and sympathy we show someone with a physical condition such as a broken bone, but your brain, when left untreated, can cause permanent damage.

Black people have had a hard history with mental health in America. In fact, an article from Psychiatric News states, “From 1700 to 1840, enslaved blacks were described as immune to mental illness. John Galt, M.D., medical director at Eastern Lunatic Asylum in Williamsburg, Va., hypothesized that enslaved Africans were immune from the risk of mental illness because they did not own property, engage in commerce, or participate in such civic affairs as voting or holding public office.” (Davis). In the black community, there is a negative stigma surrounding mental health. Instead of seeking professional help for conditions such as depression and anxiety, many resort to self-medication, which often results in substance abuse or isolation in an attempt to solve their problems (Baoku).

There are also multiple cases where the medical field has overstepped its boundaries and created a fear of doctors. Henrietta Lacks went to Johns Hopkins Hospital with the complaint of vaginal bleeding. Her doctor found she had cervical cancer and then used her cells, without her consent, to research the disease when he found that they did not die when outside of their host (Butanis). This doctor exploited her body to create groundbreaking research, but she got no recognition. Another example is the Tuskegee Study of Untreated Syphilis in the Negro Male, when doctors tested a total of 400 Black men with syphilis without them knowing, telling them they were simply being treated for “bad blood.” These men never received proper treatment. In the article, “The Tuskegee Timeline” it says, “The panel (Ad Hoc Advisory Panel) found that the men had agreed freely to be examined and treated. However, there was no evidence that researchers had informed them of the study or its real purpose. In fact, the men had been misled and had not been given all the facts required to provide informed consent.” Cases like these cause many African American families to not want to seek help from doctors.

The conditions and environment in which black people in poverty live cause many to become depressed and expose them to unhealthy ways to deal with mental health issues. There are so few medical facilities in low income neighborhoods and many of the much-needed hospitals are in high income neighborhoods (Rothstein). In DC, a majority of African Americans live in wards 5, 7, and 8. These regions have the lowest rate of high school graduates but have the highest rates of unemployment and poor mental health. They also have the fewest hospitals in all of DC. Not only does this limit the resources available but also discourages people from seeking them out, due to cost and the distance from where they live (Nodjimbadem).

I have been diagnosed with depression and have been reluctant to receive help. My father helped me find a counselor and now I am on the road to recovery. Many families want to help out their loved ones but don’t necessarily know how. With the right resources and support, families can become more connected as well as more willing to take their family members’ and their own mental health more seriously.

Nodjimbadem, Katie. “The Racial Segregation of American Cities Was Anything But Accidental.” Smithsonian.com, Smithsonian Institution, 30 May 2017, www.smithsonianmag.com/history/how-federal-government-intentionally-racially-segregated-american-cities-180963494/. 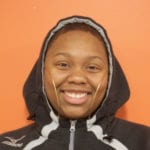