Why is it that black men get sent to jail more often for a non-violent drug offense than a white man? A white man would be able to walk away as a free man, while a Black man would have to serve some type of sentence in the prison system. This injustice causes Black men to receive unjust penalties for misdemeanor crimes, the unemployment rates of black men to increase, and black women of the household must work harder to sustain a stable household. In order to stop the jury from being biased toward African Americans, all crimes in our justice system should receive the same punishments.

Having a brother and cousin that have been to jail, I know how much of an impact this has made on my family. I would never wish incarceration on another person’s family, because dealing with the struggle of a missing member has a great impact on anyone’s life. If the mass incarceration of black men slows down or stops altogether, then we as a country will see positive economic and social changes in the African-American culture or community. I have first-hand experience with this issue, as my Uncle’s oldest son went to jail, and this is what my uncle had to say: “It had a huge effect on my youngest son Malik, but emotionally it took a huge toll on all of us. He went in at the age of 17 and it affected the family emotionally… it hit hard on all of us and the way we thought. Our behavior towards one another didn’t change but our emotions did. All I could really say is that this event had a huge emotional effect on my family.” America is not just a “white man’s country”; therefore, the laws in America should be fair to all races.

Black men often receive harsher sentences for lesser crimes, like non-violent drug offenses. The ACLU estimates that nationwide, “65.4 percent of prisoners serving [life without parole] for nonviolent offenses are black, while only 17.8 percent are white, and 15.7 percent are Latino” (ACLU.org). This proves that African Americans are disproportionately receiving harsher sentences and more arrests than white people for these crimes. If the justice system had a specified, set punishment for this crime, then race would no longer matter. This would mean that every race would no longer be seen as abusing a substance as a term of escape from their lives and minorities wouldn’t be labeled by a stereotype of the drugs that they use.

The unemployment rate of black men is rising due to more black males being put in jail. When compared to the unemployment rate of white men, it is higher. According to an article by the CNS News, “The black unemployment rate in October was 9.2%, which is more than double the rate of white unemployment of 4.4%” (Chapman). Undoubtedly, there is a correlation between the incarceration of black men vs. white men, and the unemployment rates of these two races. When people get incarcerated, they often miss out on opportunities they could have had to get jobs and better their lives. When faced with unemployment, these people often have to turn to systems like welfare, which in turn causes their families to remain in poverty. These statistics prove that the jail system is bringing down the black community and the purpose of saying this is that nothing will get better if nobody does anything to help the situation. Therefore, until something is done, the black community will be oppressed. If all people receive the same sentences for their crimes, the unemployment rate would drop drastically; specifically, for black males.

In black families, when the fathers are sent to jail, the mother is often forced to work multiple jobs to support the family. As stated by the NAACP, “One in six black men had been incarcerated as of 2001, while only 1 in 100 black women were incarcerated” (“Criminal Justice Fact Sheet”). Due to this current injustice, one in three black males born today can expect to spend time in prison during his lifetime. This would mean even less black families would have a black male at the head of the household, or have a stable family structure. Without the male role model in the household, young men may suffer from poor decision making, because a father helps to provide motivation for the son and financial support for the family. The mass incarceration of black men is damaging the self-esteem of young boys and tearing black families apart. Black families should be protected by laws that are fairly applied to everyone equally.

Some people don’t believe that African American males are targeted by our justice system. They say, “all lives matter” and believe that the Black Lives Matter Movement is wrong. However, people are under attack in society, and it is proven with racially biased laws like the “Stop and Frisk” law, which shows that black people are stopped and frisked five times more than whites. According to the NYCLU.org, “54 percent of African Americans were stopped in 2016,” while only “10%” of white people were stopped (“Stop and Frisk Data”). This proves that police and the justice system have racial preconceptions about black people, and that they fear them just for being black. If police unfairly target black people, this will continue to happen. I believe our justice system needs to have the same response for every crime, and in this case, stop and frisk everyone for the same reasons. 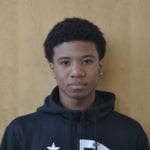