As they walked with their heads up, scars all over their bodies, and guns that weigh more than they do around their shoulders, these children wished; they wished for a day where they could obtain the smallest taste, lightest touch, or even just the softest sound of freedom. These desperate children end up in dark worlds, where life revolves around death, destruction, and chaos. As you may already know, countries like South Sudan, Somalia, and Afghanistan are at war—but did you know, children living in these war areas are not only forced to live in dangerous environments where they fear for their lives every single day, but they also have to live with the fear that one day they would be used as tools: tools used to destroy their family, their community, and even their country? Their childhood is being robbed from them as they put their soldier attire on and get ready to fight alongside their once called “friends.” Although previous child soldiers have committed regretful crimes, they should not be prosecuted for their actions, seeing that they were forced by rebel groups to rebel, manipulated into thinking they need to cause hurt and terror, and also for the reason that their brains are incapable of making ethical or intelligent choices due to the scientific reality that children’s brains have not fully developed. The focus should be on helping these children along their journey to rehabilitation and re-entering society, not charging them for crimes they had no control over.

These innocent children are being taken away from their families and coercively put out to fight wars made for women and men. Rebel groups see these children as replaceable soldiers, so they recruit thousands of them and put them in the line of fire, where only the strongest would survive: “Hundreds of boys kidnapped by militants in South Sudan as they prepared for school exams have been forced into becoming child soldiers”(Dearden). This shows that encounters with militant groups cannot be easily avoided and this also shows the amount of power these rebel groups have over the state. The lack of representation of these innocent children shows that the government is intimidated and weak. To support my claim, the South Sudan leader signed a peace deal with rebel groups in the area—instead of stopping the rebel groups from destroying the future of thousands of the children (Abdelaziz). In addition, most children obey the crude war groups because they feel that if they don’t, then they would be killed themselves (Deutsche). Since these militant groups see children as waste, it wouldn’t matter or change anything if they decided to kill hundreds of children that showed disobedience or resistance towards them. Okoj, a previous Ugandan child soldier, tells us about his experience being abducted by rebel groups to serve as a soldier when he was just 10-years-old and being introduced to a world where “killing was a routine”( “Innocence”).

As a 16-year-old girl, who has seen poverty living in Ethiopia, I hate to see children the same age as me being used and negatively affected, all because of factors they had little control over. Many people might argue that these children should be prosecuted due to the reason that a small number of them volunteer to fight, but this is only because most of these children have no family, no food, and no money. This makes them desperate, which causes them to purposely go looking for groups that can provide them with these necessities. In addition, these children are manipulated into believing that without these so called ‘murder families’ they would be left out to die. Therefore, these children are made to choose between saving themselves or killing others to live. Another reason these children should not be prosecuted is that their brains have not fully developed making them prone to manipulation. Nicholas Mackintosh, a professor at the University of Cambridge, says the brains of adolescents are still developing, meaning they tend to take more risks and make far from intelligent decisions (Jha). Warlords take advantage of the fact that these children can be easily controlled. Due to the reason that these children are “often physically vulnerable, easily intimidated, and susceptible to psychological manipulation, they typically make obedient soldiers” (“Coercion”). They make these children feel like no one except their rebel groups care about them, by showing them the poverty in which they lived, showing the government doesn’t support them. They do this to keep the children from leaving or rebelling against them.

Some people might think these child soldiers should take responsibility for their actions. These actions include killing, raping, spying on the government, and bombing. Children are influenced by their environments; due to this reason if a child is introduced to an environment where killing is normal, they would come to not value their life and the lives of others. Therefore, children should not be prosecuted for their crimes because their decisions and choices were influenced both by their environment and their uncontrollable decisions because their brains are still developing. Instead of focusing on prosecuting previous child soldiers, the state’s concern should be centered on the rehabilitation of these ex-war soldiers. As child soldiers grow older, their past experiences have a dramatic toll on their social and emotional lives. Child-war survivors have to cope with many harsh events they have witnessed: “acts of abuse, such as torture or rape, violent death of a parent or friend, witnessing family members being tortured or injured, separation from family, being abducted or held in detention…” (Elbert). A specific part of the problem that people put less emphasis on is the girls being affected: “Most of the girls returning from these conflict zones have experienced extensive sexual violence” (quoted in “Bulletin”). This leads to post-traumatic stress disorder and depression.

Some might say, “despite exposure to a spectrum of horrific atrocities not all exposed children exhibit long-term health problems and some children are able to adapt with only minimal symptomatology” (Abdelaziz). This doesn’t take away from the fact that most ex-child soldiers are dealing with these unbearable problems. Just brushing these issues off and saying, since not all ex-child soldiers deal with these illnesses, as a claim to support that we shouldn’t focus on rehabilitation is unjust and absurd. Helping previous child-soldiers cope with the tortures they have endured should be the state’s focus. Later on, these problems that the state decided to not pay attention to might dramatically increase the number of soldiers and worsen the current war. Overall children should not be prosecuted because of their lack of knowledge and due to the fact that they were forced or pressured into joining war groups. They are being robbed of their childhood and to add to the trauma, states are considering prosecuting them?

When most Americans think about their childhoods, they think of lollipops, sprinkles, and cookies, but to these children war and death are the reality. Therefore, to help these children, we should fund programs that educate them so they won’t end up being used or manipulated by insurgents even more. These educational programs include The World Health Organization, which helps ex-child soldiers heal and re-enter society. Finally, thousands of children in the middle of wars are being introduced to a horrendous world filled with unimaginable sights that no children should have to witness, all because of factors that are way beyond their control. 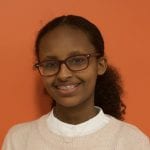