Did you know almost 34% of LGBTQ youth are bullied on school property? 28% of LGBTQ youth are bullied through social media. 13% of LGBTQ students do not show up to school for safety concerns. This topic impacts me personally because I am a part of the LGBTQ community and I want to put a stop to bullying. Three solutions that will help solve the problem at school are: protect all youth privacy, don’t disclose any of students’ important information, and create Gay-Straight Alliances to help build safer schools. At my school we have a GSA Club that accepts everyone as they are.

Schools need to act because LGBTQ bullying can lead to depression, skipping school, and suicide. Depression affects LGBTQ youth at higher rates than heterosexual population. According to Healthline, “LGBTQ youth report high levels of drug use and feelings of depression.”

I went through a rough patch of depression and it is not something you want to be silent about because it doesn’t help. If you stay silent, over time while the emotions are building up, you will either feel like you don’t belong, or you will have a deep sorrow. I learned that.

The study of LGBTQ bullying shows that 10% more LGBTQ students don’t show up to school than heterosexual students. A school should feel safe for all kids including the LGBTQ youth. According to STOMP Out Bullying “LGBTQ students are physically assaulted at school because their sexual orientation and gender identity differ from others.” This leads certain LGBTQ students to not want to come to the “safe place.” LGBTQ students, like other students, deserve to be treated with tolerance, respect, and dignity. In the world, it should never matter what your sexual orientation or identity is.

LGBTQ youth in grades 7-12 are twice as likely to attempt suicide than heterosexual peers. “If the family of the youth rejects them, they are 8 times more likely to commit suicide than other non-LGBT teens.” Certain children that haven’t “come out” are always scared of the reaction of a family member or someone that they are close to. LGBTQ youth are reported to be two times as likely to experiment with drugs and alcohol and more than twice as likely to inflict self-injury. Parents or guardians of LGBTQ youth should always support the child’s decision no matter how it will affect them.

In society, not many people agree with the LGBTQ community. For example, LGBTQ youth get bullied because they differ, like if a young boy cross-dresses. People can be different and be normal like everyone else. Most are experimenting anyway, so it wouldn’t make a big difference. Also, despite all the extra curriculums for LGBTQ youth, it still doesn’t help the students in the long run the majority of the time; they will still get bullied and harassed by students and civilians in the world. Among everyone in the world, 9 times out of 10 there will be one person that will criticize a LGBTQ youth’s decisions; usually it will either be a close friend or a family member they depended on. They need support at school.

The big solution is to protect all youths’ privacy and don’t disclose any of their important information unless the student gives the person permission. Creating Gay-Straight Alliances also helps make youth feel more comfortable about themselves and creates safer schools. Establishing a safe environment at school is an important priority. 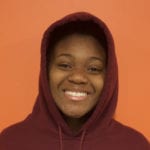