How would you feel if someone yells “Four-eyes!” in your face, or trips you making you drop all your stuff? I’m guessing mad. Yeah, I understand. I know what it’s like to feel like you’re about to explode with anger! I was once bullied because I was short and nerdy (and I still am!). Trust me, it did NOT make me feel good about myself. This is why bullying needs to be stopped. Bullying is a big issue that is still happening in many schools. It makes people feel bad and have low self-esteem. Bullying can also lead to much LARGER problems, and not many people can handle it on their own. For that reason, schools should give lessons or start programs to help prevent bullying so that kids can learn the benefits of anti-bullying.

One reason schools should give lessons to help prevent bullying is to help students learn to be friendly during lunchtime. For some kids, it’s hard to find a seat during lunch. But by starting anti-bullying programs, all of that could change. For instance, the article “Middle School Students Work to Make Their Lunchrooms Friendlier Places” explains that “More than 300,000 students across the country have signed up to participate in ‘No One Eats Alone Day’. In just a year, the program has grown from 35 schools in 2014 to more than 700” (Block). This means that schools are helping students to get along with each other during lunchtime. This supports the idea that schools should give lessons to help stop bullying, because schools are starting programs that have been spread out across the country to help prevent it. I don’t really see a lot of bullying at my school, but if I did, I bet programs like “No One Eats Alone Day” would’ve prevented it by giving everyone a chance to sit with someone during lunch and be valued and accepted by their peers.

Another reason why schools should give lessons to help prevent bullying is that students learn to get along with each other by communicating. Communicating with others can help limit bullying, because it can show students how to make good impressions and let others know you want to be their friend. Activities where communication is involved can have a positive impact on students and lessen bullying. For example, the same article informs that “The students in the group placed conversation starters on the tables in their cafeteria” (Block). This means students are helping other students to communicate with each other at lunch. This supports the idea that schools should give lessons to prevent bullying because schools are starting programs to help kids converse and cooperate with each other, and it’s working. Students are engaging in the programs, which shows that the programs have a positive effect on the students. I think my school should have conversation starters on the tables in our cafeteria, too, because we don’t really talk much at lunch, so it’s a good way to befriend each other that will pave the way to a good relationship, kindness, and cooperation, so the students feel like they’re in a really safe environment.

Some people may think that lessons do not help prevent bullying because the lessons can often be boring and then kids don’t listen. However, there are other interactive activities that students can participate in to learn how to limit bullying. For instance, there’s also the “Be Good to Each Other Campaign” supported by PACER Center’s Teens Against Bullying. In this campaign, students design bullying prevention t-shirts to spread the word about the harmful effects of bullying. Also, the article “Middle School Students Work to Make Their Lunchrooms Friendlier Places” says, the kids “noticed that Alexander Scherer, a new student at school, was alone. They moved over to sit with him, and as he ate his lunch, they all talked about Six Flags, the theme park.” Eighth grader Reece Black helps organize anti-bullying programs and activities. He’s one of the people who made action possible in his school. This shows that the programs and lessons schools are giving are helping children to get along with each other and make new friends. This supports the idea that schools should give lessons and start programs to prevent bullying, because they’re showing kids being kind to each other, and the programs helped them to stop bullying and get along with other students. Hey, what can I say? At school, nobody’s really into long lectures or confusing activities because of their complicated format, but once they try it and see the positive effects it will have on them, I’m pretty sure they’ll give these lessons a second thought.

Long ago, I had a discussion with a close friend of mine about what to do or how to react when bullied. We decided that we should just ignore the comments of others to lessen the negative impact of such labeling. But we also thought that this was not enough. Schools should also have an active role in bullying prevention. They should set up some anti-bullying activities and programs to reduce bullying. With all these ideas, bullying can be, no, will be stopped.

Therefore, schools should continue giving lectures, starting programs, and doing other activities to help kids be friendly to each other. In addition, I also believe that schools should establish a sort of task force, like a student club, that advocates the eradication of bullying. Bullies bully other kids because they had once been bullied in the past and want to do it to other kids. But it’s not going to help at all. Kids need to get along with each other now, so they will be better people in the future. By increasing bullying prevention, inside and outside of school, we can end bullying once and for all! 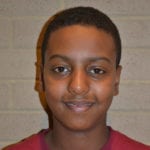