What if your sister, your daughter, or any teen girl you cared about suddenly got pregnant? My old friend got pregnant at a young age and that is when I realized it’s a very real thing. I had never seen teen pregnancy first-hand, especially someone I knew, and so I want to try and advocate for ways to help prevent it from happening. There are not enough sex education classes and there is not enough birth control access for teens and younger kids these days to protect themselves. This is important because teen pregnancy is becoming a huge issue with children as young as 13 because they were not taught anything about sex and did not have access to contraceptives. Teen pregnancy has increased more in the United States and in the world. The only way to decrease this is to raise awareness through teen pregnancy programs, teaching sex education in schools, and making contraceptives more accessible.

The government or other major companies and clinics could fund for teen pregnancy prevention programs. These programs could help teens that do not have sex education in school or have another source of learning about sex and pregnancy preventions. There are programs that “provide teens with evidence-based teen pregnancy prevention programs meeting the HHS evidence review standards. This includes youth-development and curriculum-based programs that reduce teen pregnancy and associated risk factors” (Center for Control of Diseases). This means that there are programs specifically for pregnant teens and for teens to learn how to prevent pregnancy. Another way they help teens is by having teen programs in clinics like Mary’s Center Teen Program. They not only provide education about sex and pregnancy prevention but they also help kids stay off the streets and this is a form of pregnancy prevention itself. According to Centers for Disease Control and Prevention, healthcare providers can help by, “Making your clinic teen-friendly. Providing your adolescent patients with confidential, private, respectful and culturally competent services, convenient office hours, and complete information” (Centers for Disease Control and Prevention). This shows that clinics, who form better relationships with teens to help them with pregnancy problems, can be an effective way of preventing teen pregnancy.

There is not enough sexual education in middle and high schools. There are many teen pregnancies because many of these teens, both female and male, did not have formal sex education and therefore this increases the likelihood of pregnancy or STIs and STDs. According to Journal of Adolescent Health, it states that, “there was no significant effect of abstinence-only education. Abstinence-only education did not reduce the likelihood of engaging in vaginal intercourse, but comprehensive sex education was marginally associated with a lower likelihood of reporting having engaged in vaginal intercourse” (Journal of Adolescent Health). This proves that the people who receive more sex education are less likely to become pregnant or have any STDs or STIs. This raises more awareness that sex education should be essential in a teen’s life. Another reason why there should be sex education in schools is because there are many teens that become sexually active while uneducated on how to prevent pregnancies. “91 percent of teen girls said they received some kind of sex ed instruction in school before they turned 18, just six in ten said that included information on both birth control and how to say no to sex. And a staggering 83 percent said they had already started having sex before they heard anything about the topic in class” (ThinkProgress). This shows the importance of having sex ed as soon as possible, at an early teen age, and in schools.

Teen pregnancy can also be decreased if contraceptives were easily accessible. There are not enough contraceptives accessible for teens because most teens do not talk to their parents about being sexually active and this leads to teens lacking confidentiality but still having intercourse without effective contraceptives. For instance, Minors’ Access to Contraceptive Services states that, “21 states and the District of Columbia explicitly allow all minors to consent to contraceptive services”. It isn’t enough that only 21 states allow contraceptive services to minors and most aren’t confidential, meaning they need a parent’s consent. Across the world, there are issues with getting effective contraceptives. According to Trends in Contraceptive Use Worldwide, “Worldwide in 2015, 12 percent of married or in-union women are estimated to have had an unmet need for family planning; that is, they wanted to stop or delay childbearing but were not using any method of contraception” (“Increased Contraceptive Use Worldwide”). Considering that most of these Third World countries marry girls as young as 14, this applies to all women and teens in the world. Since there is such a lack in accessible contraceptives around the world, it forces women and girls sexually active or married to bear children before being ready.

Many would say that there is sex education in many states and schools. “24 states and the District of Columbia require public schools teach sex education (21 of which mandate sex education and HIV education). 33 states and the District of Columbia require students receive instruction about HIV/AIDS” (NCSL). This means that most states are trying their best to improve on having more sex ed in schools around the U.S. Despite these efforts to increase sex education, it has only decreased recently. According to Guttmacher Institute, “Between 2006-2010 and 2011-2013, there were significant declines in adolescent females’ reports of receiving formal instruction about birth control, saying no to sex, STDs and HIV/AIDS. There also was a significant decline in males’ reports of receiving formal instruction about birth control” (“Minors’ Access to Contraceptive Services”). This piece of information proves the decline of much needed sexual education for both females and males. It is important to have sex education because it prepares teens, when they are ready to have sex, in a safer way.

In conclusion, teen pregnancy can be prevented or decreased through raising awareness and educating people. These methods could be to have clinics, organizations or the government to fund programs that help pregnant teens, having sex education starting in middle school, and having more accessible and confidential contraceptive services for teens around the world and the U.S. 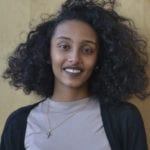