Human rights are intended for both male and female security, but for hundreds of years many have distinguished women’s rights from human rights. A basic human right that we all have, is a right to an education, so why are there over 60 million girls unable to attend school? Still being young, I myself have not been in a situation where going to school was not an option. I’m growing up with parents who are teaching me that education will be my tool that will guide me out into the world to make a lasting impact on people.

This topic is important to me because I live in a country where going to school is influenced and abided by all genders, and for that reason I have less barriers. Many young girls around the world do not have easy access to education, therefore it is very important for me to inform others and bring awareness to this growing issue. The fact that I get to sit in a classroom for eight hours a day while a young girl full of aspirations is sitting in her home cleaning and working for eight hours a day is what drives me to take my education very seriously. Whether it’s a terrorist group attacking schoolgirls, lack of feminine products or inability to travel long distances to school, women all over the world are always going to be faced with different obstacles. Regardless, when girls can receive an education without barriers or in most cases they aren’t denied one, they excel because their health is more likely to improve, they’ll contribute to the workforce and have a higher chance at staying out of poverty.

It’s important to understand that women play a huge role in the lives of children. Did you know, if every woman had a primary education, approximately 1.7 million children would be saved from malnutrition? Health is very important, especially in developing countries, so if a mother is unhealthy then it is more likely her child will be as well. A report titled “Reaching girls transforming lives” by the World Bank states “Better educated women tend to be healthier than uneducated women, participate more in labor market, earn more income, have fewer children and provide care and education to their children” (The World Bank). Education is not only improving the lives of individual women but also the lives of children and future children. The United Nations Educational, Scientific and Cultural Organization reported in 2013 in an article headed “Girls’ education-the facts” that, “If all women had a secondary education, child deaths would be cut in half, saving 3 million lives” (UNESCO). It’s no secret that raising a child isn’t an easy task, often the job gets even harder when the woman herself isn’t in good health. Therefore, giving girls an education will help them understand how to care for themselves as well as others. If we want women in good health, with a family plan and raising healthy children, it all starts in the classroom.

In addition to the health of women and the welfare of children, women need to work. Without an education, finding a job that pays for a woman’s needs can be hard, especially in developing countries. By putting every girl in school, it means giving each of them a life changing opportunity to find a better job and support themselves as well as their families. A text in the Women’s Global Education Project website, titled “Gender equality begins with education”, states “Women’s incomes have been shown to be more likely than men’s to go towards food, education, health, and other family needs. Providing girls with even an extra year of schooling increases eventual wages by 10–20%” (Women’s Global Education Project). This proves that women can work, and that money will go toward essential things in life. You cannot expect a woman to take care of herself or her family if she is not given an education. It is also said that, “… even a 1 percent increase in the number of women with secondary education can increase annual national per capita economic growth by 0.3%” (Women’s Global Education Project). Women’s education influences the economy; women can be the global change we are looking for.

As previously stated, if women are educated, they are more likely to have good health and contribute to the workforce, but more importantly, they have a higher chance of staying out of poverty. Billions of people around the world are living in poor conditions and are likely to live in those conditions as their families continue to expand. The Global Education Monitoring Report, published in 2016 by UNESCO, states, “By contrast, illiteracy can entrap households in poverty and diminished opportunity, and undermine national prosperity” (The Global Education Monitoring Report). Without education, a family or individual in poverty is likely to continue to live in poverty due to the lack of skills needed to obtain certain jobs. The report also stated, “In 2014, the global adult illiteracy rate was 15% equivalent to 758 million adults, 63% of adults who are illiterate are women, with almost no progress since 2000 in reducing this share” (UNESCO). These numbers are not only showing that many people are illiterate but, the majority of them are women. If female education is not a priority, the numbers will only increase.

There are people who grew up in time periods or traditions where a woman attending school was not accepted because she had more important duties, such as doing chores. Some have argued that girls can go to school, the problem is that parents choose to send their sons instead. Although this can be true, it is a vague and indefinite reason. A parent feels comfortable sending their daughter to school if they are sure she will be safe, but for the past few years the number of attacks on girls and their education has increased. A report titled “UN rights report points to ‘increasing regularity’ of attacks on girls seeking education” published by the UN News Centre in 2015 states, “Attacks of all varieties have a ripple effect, impacting the lives of girls and communities who are directly concerned, but also sending a signal to other parents and guardians that schools are not safe places for girls” (UN News Centre). It is not only attacks on girls’ education that is concerning, but the moral of why girls shouldn’t be in school. Officials need to take more action in protecting girls, so they can feel safe going to school. If not, the girls and their parents will continue to hold themselves back.

Women need to be included, valued, and given an equal opportunity. If we want children to grow, money to be made and nations to thrive, then placing a woman in the classroom will guarantee these results. Often times girls have given up, but there have been many times when women like Malala Yousafzai, create campaigns such as “Let Girls Learn”. The millions of girls walking miles to school teach us that one day our goal will be reached, and every girl will have a chance to be someone incredible and make an impact on our societies. 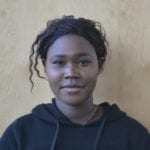