Justice for Victims of Police Violence

How do policemen get away with killing an unarmed man? That is what many people are trying to find out after several incidents all over the country have resulted in police officers not being charged or convicted for deaths of unarmed civilians. The public wants answers after so many people have been killed at the hands of police officers, and especially after the policemen that committed the crimes have been set free. Many people have lost family members to the police shootings. These recent police-related deaths have sparked outrage in people across the US. The public should use their anger to make the government more aware of this issue, and force policymakers to create laws to protect the people of our country.

In cases where police-involved deaths end up in court, the ruling is almost always in favor of the police officer(s). People are outraged at the unfairness of court decisions, which has lead to demonstrations and protests. Many believe that these unjust trials are due to a racial difference between the victim and the police officer. This situation is very apparent in the case of Officer Daniel Pantaleo, who used a restraint hold while apprehending a black man, Eric Garner, resulting in Garner’s death. The article “Bracing for a New Civil Rights Movement” provides many details about the case and the public’s response. It states that, “On July 17, Eric Garner died after allegedly being put in a chokehold by Pantaleo, a white policeman, during an arrest. Garner’s death was captured on cellphone video”. Despite video evidence, the grand jury decided not to indict Officer Pantaleo on murder charges.

One person interviewed commented “‘It was a murder on video and there was no justice,’ said Mickey Thomas, a 21-year-old Hunter college student. ‘I definitely think we’ve had enough, I feel like there is a new civil rights movement’” (2014). The “new Civil Rights movement” that Thomas is talking about is the public reaction to the death of Garner, followed by the decision not to try Officer Pantaleo. After the court’s decision, there was an outbreak of protests in New York and in other cities: “The protest chants are angry, but simple. ‘I can’t breathe!’, ‘Hands up, don’t shoot!’, ‘Black lives matter!’ Demonstrators have shouted these slogans from coast to coast after two grand jury decisions that cleared white policemen in the deaths of unarmed black men”. (2014) This shows that the decisions made by the grand jury have upset people so much that they are no longer willing to quietly accept when black lives are lost at the hands of the police, and they should be. To prevent these mistakes, the government has to acknowledge the problem and do something about it.

The death of Eric Garner is only one example; there have been many cases of police-involved deaths, particularly those of black men in similar situations—they were unarmed, the police officer used lethal force, and then later the officer was cleared of any wrongdoing. Some people argue that the police shootings are justified. According to the article “Fatal Police Shootings in 2015 Approaching 400 Nationwide”, “Police are authorized to use deadly force only when they fear for their lives or the lives of others” (Kindy). This shows that the police can justify their killings if they can prove that they were in danger. The article also says, “In many other cases, police agencies have determined that the shootings were justified” (Kindy). However, many of these attacks were unprovoked and against unarmed people. In most attacks, the policemen gave the victims no time to go peacefully or defend themselves. The arrests were meant to be forceful, and nothing was done to ensure all parties were safe. In conclusion, even though some attacks could be “justified”, based solely on the officer’s feeling of being in danger, many of these attacks were unprovoked, which would make them unjustifiable.

Unfair court decisions concerning police attacks have created anger in communities all over the US. One reason why the community has gotten angry is because race is believed to be a factor in the decisions. Even when the evidence clearly indicates wrongdoing on the part of the police officer, they are almost never held accountable for their actions. This issue is important because police attacks are happening more frequently and the policemen that have committed the crimes do not get charged. It is also important, because as these displays of violence become more common, there is a higher chance of the next victim being a family member, or someone you know. This affects me because, as part of a minority, it makes me feel like my family, friends, and I are being targeted, and it makes me feel unsafe. In conclusion, people across the country have been outraged at these unfair court decisions concerning the deaths of unarmed people at the hands of policemen. To prevent these mistakes from happening again, the government should create laws and policies that make policemen understand that they are not above the law; they must obey the law as well. 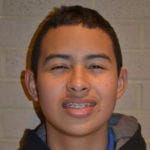