How US Intervention Leads to Refugees

Have you heard of Jakelin Caal Maquin, the 7-year-old girl who died of dehydration in the custody of border patrol? A White House official said that the Trump administration was not responsible for her death, and they blamed her father for bringing her across the border. But the US government has played a huge role in the problems in Central America, the problems that have caused so many people to leave their homes behind and seek refuge in the US. We need to stop sending military aid and stop supporting coup d’états and civil wars.

My friend Freddy has been through some of the challenges in Central America. Living in Honduras, he is not able to find work, and many people around him don’t have jobs either. People competed with him to get a very low-paying, temporary job working in the sugarcane fields. On a good week, he might make $20. He has also been a victim of gang violence. And the sad thing is, similar situations are going on in other Central American countries as well.

In 1954, Guatemala’s democratically elected president Jacobo Árbenz Guzmán was overthrown in a coup planned by the CIA. An article from The New York Times stated, “Under a succession of military rulers who took power after the coup, Guatemala descended into three decades of a brutal civil war in which as many as 200,000 people died, many of them peasants killed by security forces” (Malkin). With the Guatemalan government so focused on war, very little of the government funding went towards important things like health care, education, and economic development, which continued the widespread poverty. Since so many Guatemalans were poor and so much violence was going on around them, their best option was to come to the US. Clearly, the US needs to stop supporting coup d’états and civil wars.

But Guatemala wasn’t the only Central American country that was negatively impacted by US intervention. In the 1980s, the US gave El Salvador billions of dollars in military aid to support the killing of more than 75,000 Salvadorans during their civil war. An article from The Atlantic states, “The US-fueled war drove tens of thousands of Salvadorans to flee the violence for safety in the United States. In the mid-90s, [President Bill] Clinton allowed their ‘temporary protected status’ to expire.” The US had funded the war that caused so many Salvadorans to come here, and yet they weren’t allowing them to stay here. The article continues: “This decision contributed to the gang violence that marks El Salvador today. . . Thousands of the refugees sent back were young men. . . And when they got back to El Salvador, with little beyond their fighting skills, they formed the nucleus of the gangs” (Bonner). An article from The Guardian states, “This would make El Salvador almost 20 times deadlier than the US and 90 times deadlier than the UK” (Brigida). The violence in El Salvador was started by the civil war, which was supported and influenced by the US. This shows that we must stop supporting civil wars and stop sending military aid.

In 2009, the US was directly involved in a coup in Honduras, overthrowing President Manuel Zelaya. An article from CEPR (Center for Economic and Policy Research) states, “A high-level US military official met with Honduran coup plotters late the night before the coup, indicating advance knowledge of what was to come” (Beeton). According to The Intercept, “[Secretary of State Hillary] Clinton emails … further confirm that the State Department had sought the permanent ouster of Zelaya all along” (Fang). This shows that the US government supported the coup. An article from the Huffington Post reports, “In the subsequent six years [after the Honduran coup], the horrific repression and skyrocketing murder rate—now the highest in the world—has resulted in tens of thousands of refugees fleeing for safety in the United States” (Zunes). The US-backed coup caused chaos in Honduras, which led to many people leaving Honduras and immigrating to the US. The US needs to stop supporting coup d’états.

Some people think that the best solution is to continue sending military aid to the governments in El Salvador, Guatemala, and Honduras. But military aid just makes the situation worse. Yessica Trinidad, coordinator of the Honduran Network of Women Human Rights Defenders says, “The aid that the US government gives Honduras is invested precisely in the failed security policy.” An article from Al Jazeera states, “Honduran police and military forces have been involved in serious human rights violations over the years” (Cuffe). The US-funded officers that are supposed to be protecting people from crime are instead committing crimes. Trinidad says, “For us, this is forced displacement. People are fleeing … the constant human rights violations but also different kinds of violence.” The US aid sent to Honduras is causing people to flee and become refugees.

If the US hadn’t caused so many problems in Central America, many immigrants might not have fled their homes to come here. Some have even died trying to come here, like Jakelin Caal Maquin. The US government needs to stop sending military aid, and stop supporting coups and civil wars, because that money is what causes so much violence and destruction. I have one request: educate yourself. Learn what the US is really doing in other countries, so you can teach others and spread the word. If we can get the US to stop military intervention, maybe these countries can heal. Maybe, if people can feel safe in their own countries, they won’t have to leave their homes behind and start a challenging life in the US.

Brigida, Anna-Catherine. “‘Our country is not a safe place’: why Salvadorans will still head for the US” The Guardian, 24 June 2018, https://www.theguardian.com/world/2018/jun/24/salvadorans-deported-from-us-facing-violence-fleeing-poverty. Accessed 4 March 2019. 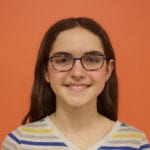