Imagine having to sleep on the roads or sidewalks, without food for days, having little or no communication, no money, no family, and few friends. Well, over 6,000 people in the District of Columbia, our nation’s capital, are currently experiencing this problem. Personally, seeing people in inhumane conditions while going through the struggle of the pandemic, as tough as it is itself, is very much disheartening. Homelessness and poverty are major problems in the District of Columbia and have been noticeably increasing due to COVID 19. So, in order to end homelessness in DC we need a DC government led and funded financial program that would aid the homeless in our area.

When COVID 19 struck it caused homelessness to vigorously increase. According to the AFP News Agency’s video, “DC homeless struggle as coronavirus shuts city down,” most homeless people used to go to churches, restaurants, and nonprofit organizations in their area to find their daily meals. In the video, one DC homeless man stated that it’s not normal to be unable to sit in restaurants, one of the pre-pandemic places they could stay, and then gives the suggestion that, “Society should come together and pick out one homeless person and help them throughout 2 weeks.” Building on the homeless man’s suggestion, I believe that the DC government should create and fund a homeless program that would aid the homeless with their daily needs and help them find jobs. With the government program in place, I believe we would be significantly closer to ending homelessness in the DC area.

However, some may say that it would be impossible to shelter and aid every homeless person in Washington DC. According to an article on StreetSenseMedia.org, there are about 6,380 homeless people in the District of Columbia. Thousands of people live in unstable environments and some homeless people may not even be found due to their nomad-like lifestyle. However, the DC government has widespread properties which would allow them to be able to set up new shelters and further provide for the homeless people in both their new shelters and the existing ones that are run by other organizations.

In conclusion, homelessness and poverty are crucial issues in the District of Columbia but can be solved with the help of the community and government. I believe if the government were to create a homeless program that would aid the homeless with shelter, daily meals, and financial needs with the community still sending donations and offering help to the homeless then we would be many steps closer to the end of homelessness in Washington D.C. Let’s End Homelessness in DC together. 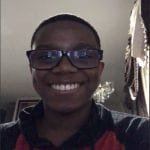